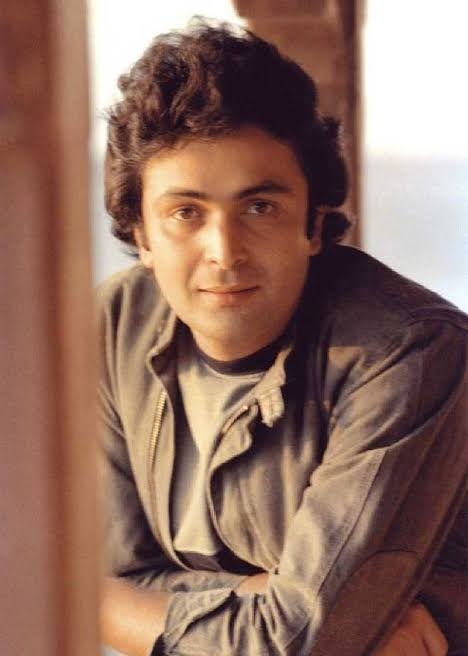 Rishi Kapoor’s films had permeated the pop culture of the nation!

When he started out his acting career in the early 70’s, he was known more as a romantic hero and heart throb of the youth . He was flamboyant, good looking , youthful with a boyish charm. His first film launch Bobby was a great hit and revived the fortunes of his father, the legendary Raj Kapoor’s film production company. It introduced the concept of young teenage boy and girl romance to the Indian screen. The costumes, the dialogues and the mannerisms of the actors in this film permeated the pop culture of the nation. The film had an infectious energy. It signalled the heralding of a news age and the demise of the old generation.

Rishi Kapoor emerged as the new chocolate boy actor who could sing and dance and romance all with a boyish charm. He gave a string of hits soon after like Rafu Chakkar, Zahreela Insaan, Khel Khel Me . He formed a very youthful pair with Neetu Singh whom he went on to marry in 1980.

The arrival of Amitabh Bachchan in seventies led to a paradigm shift in film language. Films became more violent and love stories took a back seat. It must go to Rishi Kapoor’s credit that he held on to his own even during the changed times. Rishi Kapoor started accepting more matured roles like Laila Majnu and Doosra Aadmi. He shared a great chemistry with Amitabh Bachchan and together they gave many great hits like Kabhi- Kabhi, Amar Akbar Anthony, Naseeb and much later in career, the film  102 Not Out.

Karz was another film where he displayed a great range of acting skills. The film had intense drama, romance, fights and dances. His ability to dance was a very natural one just like his uncle the late Shammi Kapoor. One of the greatest compliments came from the one the Bollywood singers recently who commented that Rishi Kapoor ‘s lip sync to the playback was one of the best in the industry. He was one of the best singers on camera.

In spite of a lover boy image, a murmur started to grow about his natural acting abilities and great histrionics. Underneath the mask of lover boy, there thrived a brilliant actor second to none in the Industry. With age catching up and the arrival of the famed ‘Khans’ on the scene he stopped being the lover boy and reinvented himself for more mature and complex roles. Chandni and Prem- Rog  saw another of his intense performances.

Industry veterans still used to crib of Rishi Kapoor being a brilliant actor who was not properly utilised by our film industry. But during the late stage of his career he started showing what a power house of talent he was. The menacing character of Rauf lala in the film Agnipath was yet another feather in his cap.

Like other members of the Kapoor family he was full of life. He loved eating and enjoying life to its fullest. His online presence was known for its frank and witty liners. He would not mince words. He started to battle a host of ailments during the last few years of his life. When he came back after cancer treatment in New York, his fans hoped that they would get to see many more complex characters from his repertoire but that was not to be. The Charming prince of the 70’s finally breathed his last on 30 April 2020.

*The writer has also worked as an actor in USA and in India. His areas of interest includes film, Yoga and and literature.[the_ad_placement id=”sidebar-feed”]