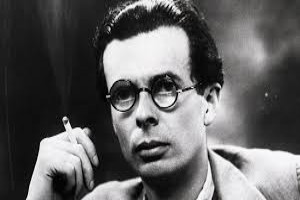 From this point of view he has examined the existing methods of the organisation of our society, of government, of the administration of justice, of education, of religious practice, and of achieving social and political reform. “Real progress,” he says, quoting the words of Dr. R. R. Marett, “is progress in charity, all other advances being secondary thereto,” and he would correlate even the well-known virtues to the sovereign virtue of charity. The thorough¬going way with which Prof. Huxley has gone into the subject will be apparent from his observations on Chastity as a virtue:

“Chastity is one of the major virtues, as without chastity societies lack energy and individuals are condemned to perpetual unawareness, attachment and animality. In another sense, how¬ever, chastity can rank only as a minor virtue; for, along with such other minor virtues as courage, prudence, temperance and the like, it can be used solely as a means for increasing the efficiency of evil-doing. Unless they are directed by the major virtues of love and intelligence, the minor virtues are not virtues at all, but aids to wickedness…Chastity is not necessarily correlated with charity, on the contrary, the human organism is so constituted that there would seem to be a natural correlation between compulsory continence and energy that is malevolent at least as often as it is benevolent.”

So far as we are concerned, we have chosen the ends and we have determined the means. But there is a section amongst us that would re-¬examine the means and even alter them. They themselves do not claim that their ends are different from ours. Lenin who lived an ascetic life of self-effacement made not only the ends but even the means to look almost the same as ours. He sanctioned violent means no doubt, but he looked forward to a state of society which would be free from “every organized and systematic violence against man in general,” i.e. not only of exploitation of the masses by the classes but also of the exploitation of any single man by another. If that indeed is the goal, can it be achieved by any means other than those that make for peace? Prof. Huxley leaves no manner of doubt on the question. He takes as the text of one of his Chapters B. de Ligt’s dictum, ‘the more violence, the less revolution,’ and says:

“To be regarded as successful, a revolution must be the achievement of something new. But violence and the effects of violence—counter-violence, suspicion and resentment on the part of the victims and the creation, among the perpetrators, of a tendency to use more violence — are things only too familiar, too hopelessly un-revolutionary. A violent revolution cannot achieve anything except the inevitable results of violence, which are as old as the hills…We insist that ends which we believe to be good can justify means which we know quite certainly to be abominable, we go on believing, against all the evidence, that these bad means can achieve the good ends we desire. The extent to which even highly intelligent people can deceive themselves in this matter is well illustrated by the following words from Prof. Laski’s little book on Communism. ‘It is patent,’ he writes, ‘that without the iron dictatorship of the Jacobins, the republic would have been destroyed.’ To anyone who candidly considers the facts it seems even more patent that it was precisely because of the Jacobins that the republic was destroyed.”

But why not consolidate the results of violence argue some, by compensatory acts of non¬violence, i. e. of justice and goodwill, as Lenin apparently argued. ‘No,’ says Prof. Huxley, ‘it is in the nature of the case impossible – psychologically impossible, in other words:

For “a tradition of violence is formed; men come to accept a scale of values according to which acts of violence are reckoned heroic and virtuous…Violence, as we have seen, can produce only the effects of violence; these effects can be undone only by the compensatory non¬-violence after the event; where violence has been used for a long period, a habit of violence is formed and it becomes exceedingly difficult for the perpetrators of violence to reverse their policy. Moreover, the results of violence are far-reaching beyond the wildest dreams of the often well-intentioned people who resort to it. The ‘Iron dictatorship’ of the Jacobins resulted, as we have seen, in military tyranny, twenty years of war, conscription in perpetuity for the whole of Europe, the rise of nationalistic idolatry. In our own time the long-drawn violence of the World War produced the ‘iron dictatorship’ of the Bolsheviks, The threat of world-wide revolutionary violence begot. Fascism; Fascism produced rearmament; rearmament has entail¬ed the progressive deliberalization of the democratic countries. What the further results of Moscow’s ‘iron dictatorship’ will be time alone will show. At the present moment (June 1937) the out¬look is, to say the least of it, exceedingly gloomy.”

Prof. Huxley’s book should serve as a warning to us, though we really should have less need of the warning. In the West where Prof. Huxley has shown that violence has had its inevitable results of violence, the warning is badly needed. We have, in a world of violence, seen at least some results of non-violence. That is so much the more reason why we should steer clear of violence and make a nobler effort to attain our goal through the non-violent method.