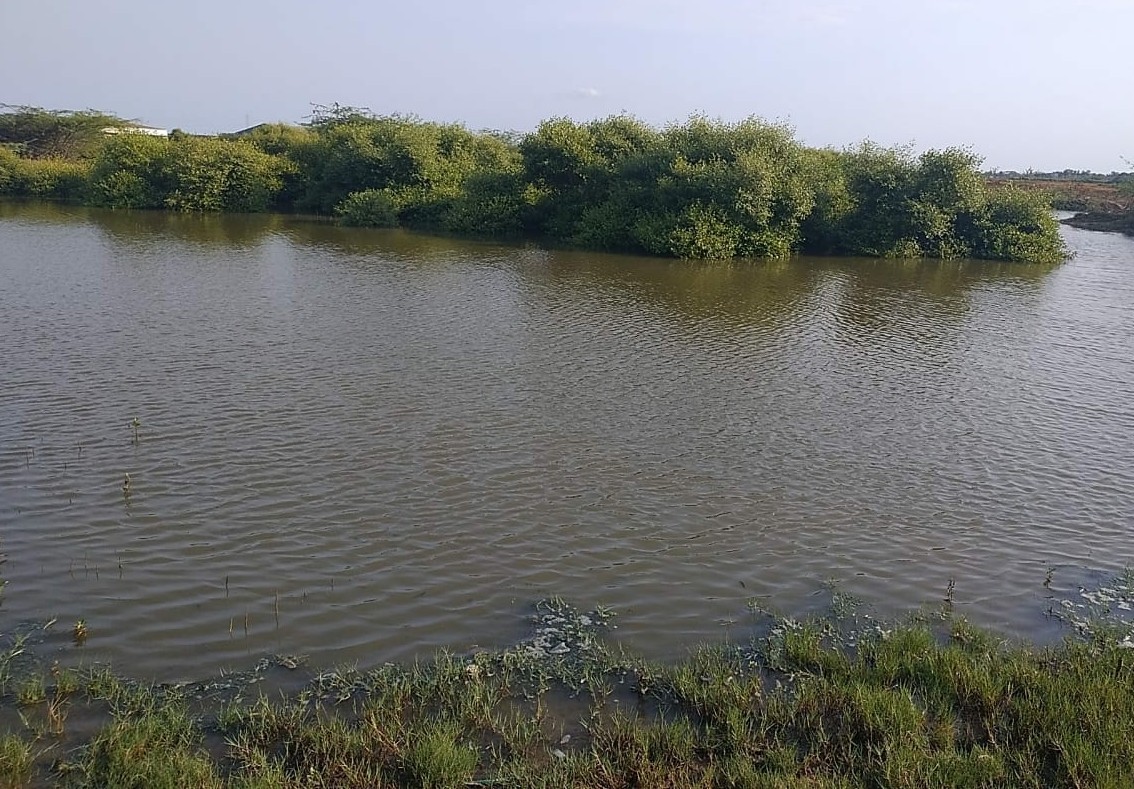 Chennai: Admitting a petition on destruction of mangroves in Kakinada in Andhra Pradesh, the National Green Tribunal today appointed a joint committee to ascertain  whether the area in question was a mangrove forest or not. The case was filed before the NGT, Southern Zone Bench in Chennai by Satyanarayana Bolisetty, a known environment conservationist and resident of Vishakhapatnam in Andhra Pradesh.

The committee will comprise of  (1) Senior Officer from the Regional Office of MoEF & CC, Chennai (2) Senior Officer from Andhra Pradesh Coastal Zone Management Authority (3) Senior Officer nominated by the Principal Chief Conservator of Forest and Head of Forest Forces/Chief Wildlife Warden (4) District Collector, West Godavari District and (5) District Forest Officer, West Godavari District, Kakinada. It shall verify the satellite image of forest cover prepared by the Forest Survey of India for a period of six months prior to the filing of the application and compare the same with the present condition in order to ascertain the extent of damage, if any caused either to forest cover or mangroves and assess environmental compensation. The Regional Office of MoEF & CC, Chennai will be the nodal agency for coordination and for providing necessary logistic for this purpose. Three months time is granted to the committee to inspect and submit the report to the Tribunal.

The NGT in its order further said:  “If ultimately it is found by the committee that there is any violation of any of the environmental laws by the State Government and the officers concerned who were responsible for the destruction then they are liable for the consequences, including demolition of the building and payment of environmental compensation apart from restoration of damage caused to the mangroves.”

In his petition, Bolisetty had claimed that pleaded that under the guise of the Government Housing scheme of “Pedalandariki Illu” meaning construction of ‘houses for the poor’, the AP government had been doing rampant illegal destruction of 100 acres of natural mangroves in Kakinada since 14.03.2020. This the petitioner had claimed was in complete contravention of the Coastal Zone Regulation Notification, 2011 and 2019, and the Environment Protection Act, 1986, the Biological Diversity Act, among others.

The NGT in its order said “if the applicant wants, he is at liberty to implead Andhra Pradesh Maritime Board who is in possession of the disputed land now as additional respondent. They are at liberty to take steps in this regard”.

The petitioner had claimed that the said scheme, if allowed to be implemented in its present form, would directly impact around 54000 families, which depend upon these mangroves for their lives and livelihoods, including protection from naturally occurring phenomenon as Tsunamis.

The illegal felling of the ecologically sensitive mangroves was also in close proximity of the Coringa Wildlife Sanctuary, thereby endangering the existence of the sanctuary as well, Bolisetty had claimed in his petition. He had petitioned that  such destruction of mangroves although violative in itself, was also leading to a complete loss of livelihood for the local fishermen who were entirely dependent on the fisheries industry based on the breeding of fish, shrimps and crabs sheltered by the pristine mangrove covers in the region.

Bolisetty had further submitted that  that given the uncertain and unforeseen current situation owing to the spread of Coronavirus, it was only appropriate that the State authorities, especially State of Andhra Pradesh (Respondent No.2), would not proceed with any activity relating to the project, in view of the nation-wide lockdown. But despite such directives, the state government was  carrying out activities “which would completely annihilate these mangroves, and the cost of which will be borne by the environment, ecology and the fisher-folk community”.