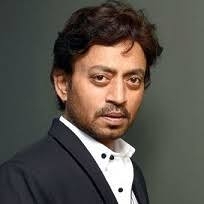 Irfan Khan belonged to one of those rare breed of artists who refused to follow the existing parameters of their times but set out to create their own parameters and idioms which were completely original and organic to their soul. Irfan Khan left this world at the peak of his trailblazing career. He left behind a legacy and a reputation that will only grow with passage of time. He was an artist who stood much taller than his peers in acting prowess and in his contribution to his art form is immense.

His untimely death sent shockwaves among the movie lovers and condolences poured in from far and wide . The director Ang Li   ( Life of Pi), Actor Chris Patt( Jurassic Park) and many others expressed their shock and disbelief . What Marc Webb  (director of The Amazing Spider Man) wrote is worth quoting – “Irrfan made it clear that power and gentleness could co-exist in a perfect balance. He may have been the most nuanced actor I have ever worked with and I will always be his dedicated fan.”

Also read: RIP Rishi Kapoor – a brilliant actor second to none in the Industry!

Hailing from a simple background, the once student of acting at NSD went on to become a major cross over star from India who did a slew of Hollywood projects. . It took time for people in India to accept a hero with an unconventional looks but he went on to conquer bigger heights by essaying myriad of complex intense roles which won the heart of people and critics alike. His understated style of acting and conversational, casual style of dialogue delivery was something new to the movies goers in India.

He was equally at ease in meaningful cinemas well as mainstream fare. He could straddle both the worlds with ease – the hallmark of a great actor. Even with his understated acting in mainstream cinema he could imbue his roles with great style and intensity as the situation demanded. All Indian actors held him in high esteem. He was called an ‘Actors actor’. Irfan Khan was called by many as the greatest actor of our generation. When he passed away people felt a personal sense of loss.

He landed his first role in Mira Nair’s Salaam Bombay when he was in final year NSD ( national School of Drama). His performance was widely noticed in Haasil and Maqbool in the year 2003. He had essayed dark brooding roles in these two films.

The year 2007 saw two of his major releases and his portrayal of characters was a major departure from the dark roles he used to essay in earlier films . The films Life in a Metro and Mira Nair’s project The Namesake, both saw Irfan in a hitherto unseen roles. He portrayed very human , soft characters with whom the audience could connect.

The next few years Irfan Khan went on to deliver power packed performances in films like Slumdog Millionaire, Billu, New York and Saat Khoon Maaf. By then he was firmly established as a mainstream actor in the Indian film industry. Even his critics who could not adjust to his unconventional looks and his unconventional style of acting had to eat humble pie and started to heap praises on him.

Pan Singh Tomar released in 2012 and Lunch Box in 2013. The first film landed Irfan the Best Actor’s award at the National Awards. The second film Lunch Box was India ‘s official entry to Oscars. Both the films were stamped by Irfan’s great histrionics.

In 2015, Piku was released. He worked along side  Amitabh Bachchan and Deepika Padukone who was his leading lady in the film. Irfan delivered a finely nuanced performance in the film. His chemistry with Deepika Padukone was most endearing and was one of the talking points of the film. Shoojit Sircar, the director of the film narrates an interesting anecdote during the shooting of the film Piku. There is a famous Knife scene in the film . The scene in the film was not shaping up as desired. The director decided to use the lead actors improvisation skills.  Irfan Khan, Amitabh and Deepika came together to enact an impromptu scene with Irfan leading the way. Citing this incident Shoojit remarked that ‘ Irfan was a very spontaneous actor and a master of improvisation’.

There was something in his personality which endeared him to one and all. His untimely death at the peak of his career invoked a sense of personal loss to millions who follow Hindi cinema as well as to those who worked with him in Hollywood.

Irfan Khan is an actor whose contribution to cinema is immense and cannot be judged in a short period of time. Just as Guru Dutt continues to inspire so many generations of movie makers, it is likely that Irfan Khan’s acting will be keenly studied by the coming generation of actors. His legacy is here to stay.

*The writer has also worked as an actor in USA and in India. His areas of interest includes film, Yoga and and literature.[the_ad_placement id=”sidebar-feed”]