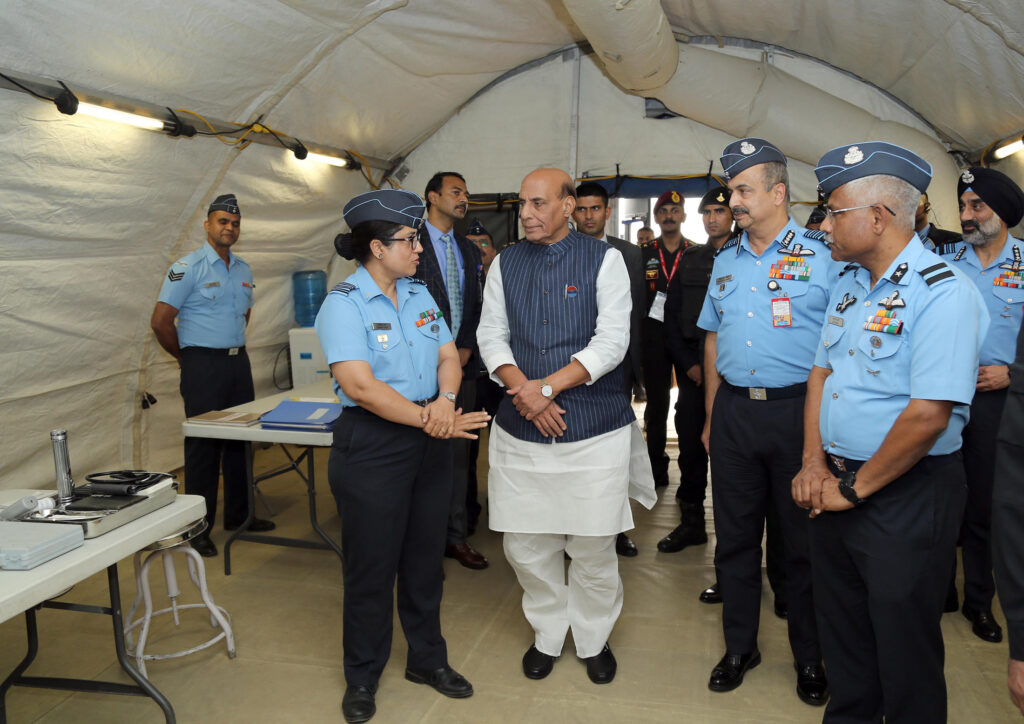 Agra: Defence Minister Rajnath Singh today said that India has emerged as a net security provider in Indo-Pacific as its capacity to provide humanitarian assistance and disaster relief to its citizens as well as regional partners has grown in recent years.

Speaking at the multi-agency Humanitarian Assistance and Disaster Relief (HADR) exercise ‘Samanvay 2022’, here today, Singh noted that under SAGAR (Security and Growth for All in the Region), India is cooperating with multiple partners to ensure economic growth and security in the region while tackling threats such as natural disasters. “We have strengthened multilateral partnerships through engagement via regional mechanisms. This has improved interoperability enabling faster response in crisis situations,” he said. 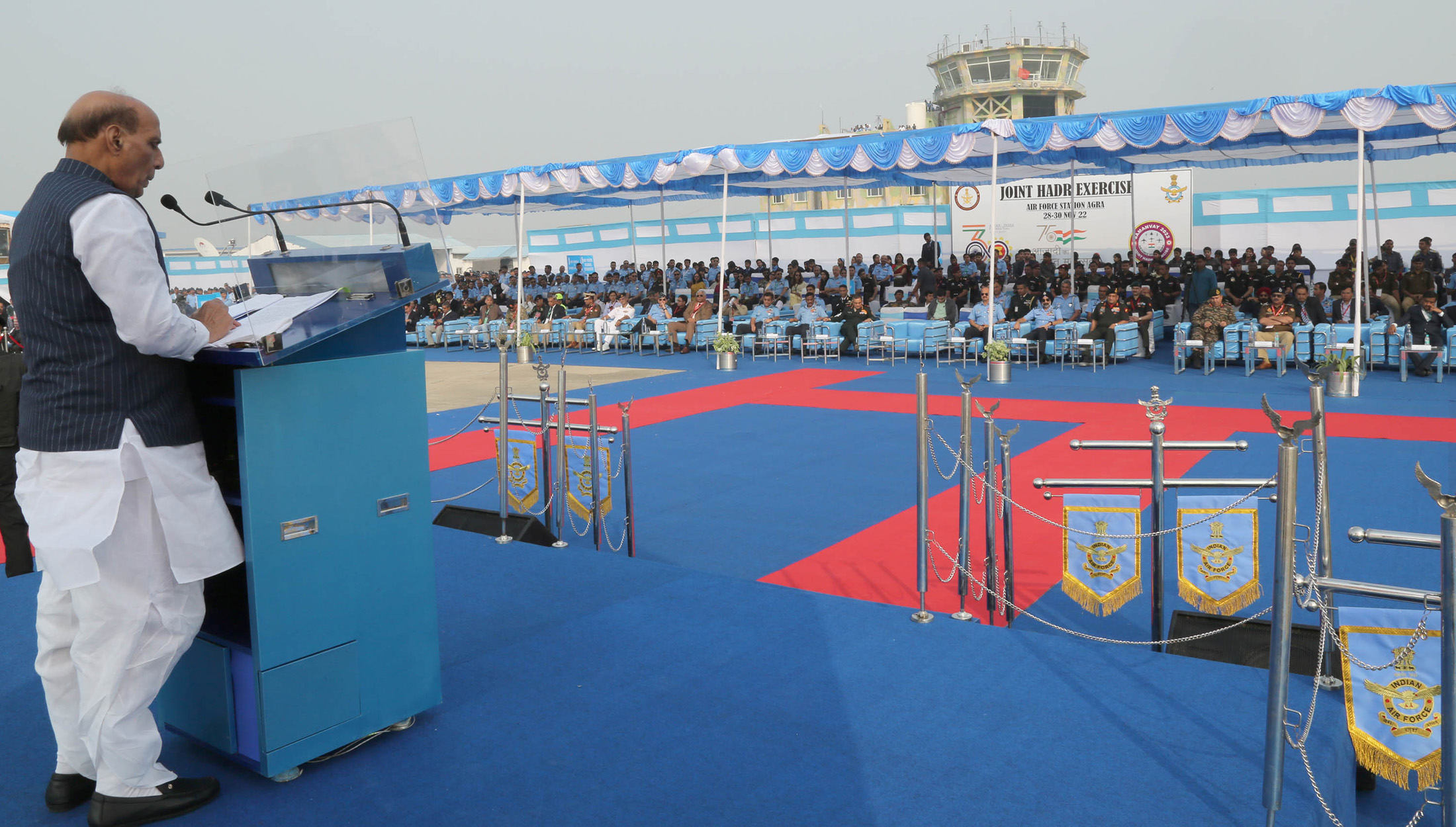 The Defence Minister noted that Asia, particularly the Indo-Pacific region, is vulnerable to the impact of climate change, expressing confidence that the participation of national stakeholders with friendly nations in the ‘Samanvay 2022’ will further enhance disaster management capabilities.

The exercise is being conducted by the Indian Air Force at the Agra Air Force Station from November 28-30, 2022. Representatives from ASEAN nations & national and regional stakeholders involved in disaster management are attending the exercise. 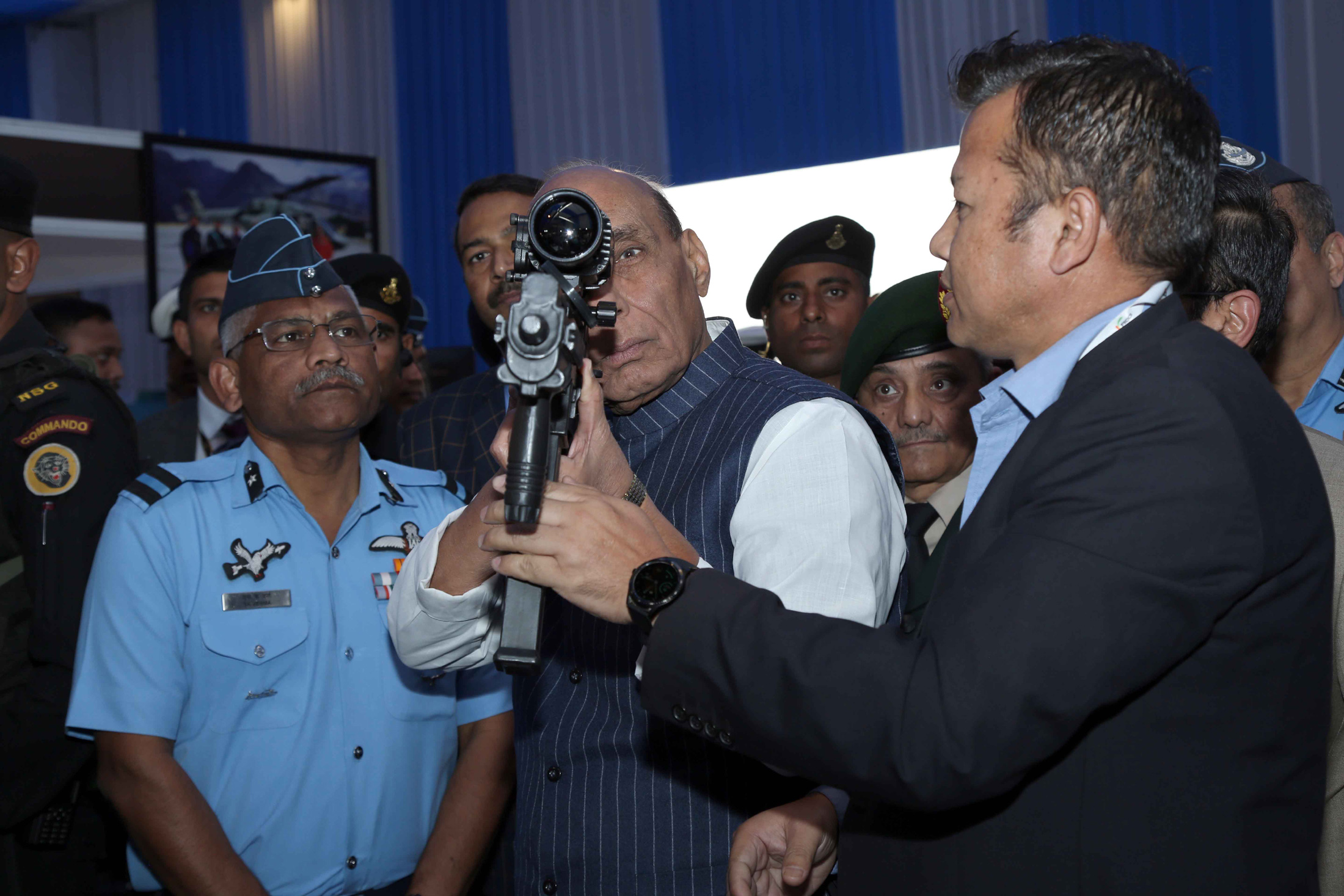 Singh highlighted that prediction of natural disasters has to be accompanied by the dissemination of information to a larger population and shifting people to safer locations, which requires empowered machinery. As nations have different capacities, he stressed that collaborative preparation to deal with disasters is required. Shri Rajnath Singh called upon the nations to come together in dealing with natural disasters by sharing resources, equipment and training. In HADR, there is a need to share information for regional cooperation and best practices, he added.

Emphasising that harnessing diverse capabilities and using expertise and new technologies enable a decrease in the impact of natural disasters, he said the increasing frequency of climate-related disasters is essential for HADR teams of different nations to come together on a single platform.

Singh elaborated on India’s robust HADR mechanism which he said has effectively provided relief both in India and other nations. According to him the ‘Make in India’ initiative of the Government strengthened this structure. India’s approach after the formulation of the National Disaster Management Policy has shifted focus from a relief-centric approach to a ‘multi-pronged’ approach including prevention, preparedness, mitigation, response, relief and rehabilitation, he added.

The Defence Minister applauded the contribution of the Indian Armed Forces’ assistance to civil administration during HADR operations and their role in important HADR missions in the Indo-Pacific region, such as Operation Rahat in 2015 and relief operations in Sri Lanka, Nepal, Indonesia, Mozambique, Maldives and Madagascar. He also commended the role of the National Disaster Response Force and State Disaster Response Forces during relief operations. “Armed forces, Central Armed Police Forces, District Revenue Administration, State Police and capable NGOs have come together to transform India’s capacity to recover from crises and tackle them in the future,” he said.