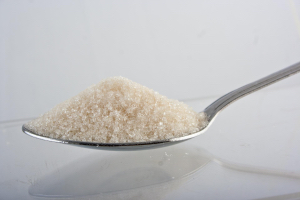 New Delhi: With a view to maintain domestic availability and price stability of sugar in the country during sugar season 2021-22, the Central Government today decided to regulate and allow up to 100 LMT sugar exports from June 1, 2022.

As per the order issued by Department of Food and Public Distribution (DFPD), with effect from June 1, 2022, till October 31, 2022, or till further order, whichever is earlier, the export of the sugar will be allowed with specific permission of the Directorate of Sugar, Department of Food & Public Distribution. Sugar mills and exporters will need to take approvals in form of Export Release Orders (EROs) from the Directorate of Sugar, DFPD.

The decision came in the light of record exports of the sugar. India has been the highest producer and the second-largest exporter of sugar in the world in the current year. In the current sugar season 2021-22, contracts for export of about 90 LMT have been signed, about 82 LMT of sugar has been dispatched from sugar mills for export and approximately 78 LMT have been exported. Export of sugar in the current sugar season 2021-22 is the highest ever.

“The decision will ensure that the closing stock of sugar at the end of sugar season (30th Sept 2022) remains 60-65 LMT which is 2-3 months stocks (monthly requirement is around 24 LMT in those months) required for domestic use,” the Ministry of Consumer Affairs, Food & Public Distribution, stated today.

The government said it has been continuously monitoring the situation in the sugar sector including sugar production, consumption, export as well as price trends in wholesale and retail markets all over the country.  “As a result of regular efforts of Government of India, despite record production of sugar, 99.5% of cane dues for last sugar season 2020-21 have been paid and about 85% of cane dues of current sugar season 2021-22 have also been released to farmers,” the Ministry said. It added that the government was “committed to maintain” stable prices of sugar in the domestic market and claimed in last 12 months, prices of sugar are under control. Wholesale prices of sugar in India are range-bound between ₹ 3150 – ₹ 3500 per quintal while retail prices are also within control in the range of ₹36-44 in different parts of the country, it mentioned.