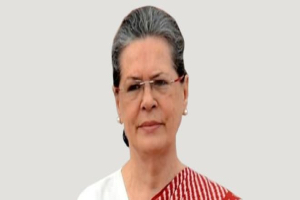 New Delhi: Three years after the Lok Sabha polls held in 2019, the Congress Party today reconstituted its party organisation at the top level with an eye on the 2024 polls. Call it old wine in a new bottle or window dressing, many party men expressed disappointment and felt that the real spirit of recently concluded Udaipur Chintan Shivir was not reflected. The so-called 8 member task force, which was constituted to monitor the implementation of the Udaipur Nav Sankalp declaration and the reports of the 6 groups, is nothing but hollow rhetoric, said a senior party leader.

The general perception in the party is that the so-called eight-member political affairs group, with Sonia as its head and Rahul Gandhi as its member, only reflects that the old system will continue, which means that the spirit of Udaipur has been buried. The so-called members of the two groups—political affairs and task force group — were from the existing Congress Working Committee( CWC) who were part of Sonia Gandhi’s inner circle. And they are part of the Congress high command structure, which means nothing will change, many congressmen felt.

However, the other view reflected in the constitution of these two groups is that party chief Sonia Gandhi was reconciled and magnanimous in accommodating rebels of the so-called G-23 group leaders like Ghulam Nabi Azad, Anand Sharma and Mukul Wasnik into the political affairs and task force groups. Many welcomed the new eight-member political affairs group to advise Sonia on key issues and also set up a task force group with the mandate to prepare for the 2024 Lok Sabha poll.

Overall, it was a mixed reaction from the party leaders. Optimists and young leaders felt that the formation of these two groups is a step in the right direction and to get ready for the 2024 polls. On the other, the old guard of the party felt that the desire for control is far stronger than the desire to reform. They felt that Sonia should have a freshly constituted Congress Parliamentary Board (CPB), which had been the demand for quite some time. Instead, she just formed an eight-member political affairs Group.

Besides the two groups, the party leadership also formed a central planning and coordination group for Bharat Jodo Yatra (unity march) to be taken up from October 2, 2022. It was made clear that these three panels are not limited to the 2024 Lok Sabha polls. They will also prepare a strategy for the Assembly elections that will come before the Lok Sabha polls. As many as 11 states will have Assembly polls over the next two years…including Gujarat, Himachal Pradesh, Telangana, Karnataka, Rajasthan, Chhattisgarh, Madhya Pradesh and Tripura.

According to the All India Congress Committee general secretary in charge of the party organisation, KC Venugopal, the eight-member task force group will be assigned specific responsibilities related to the organisation; communication and media reach out; finance and election management. Each member of the task force will have designated teams which will be notified subsequently. The task force will follow up on the Udaipur declaration and the reports of the six groups on various issues like political situation, economy, social justice, farmers and agriculture, party organisation, youth and employment.

Hours after Sonia Gandhi set up the task force 2024, the first meeting of the key panel took place today where the leaders reviewed the challenges before the Congress. The task force is headed by party veteran P Chidambaram and has members like Priyanka Gandhi Vadra, Ajay Maken, Jairam Ramesh, Mukul Wasnik, Randeep Surjewala and poll strategist Sunil Kanugolu. This panel is expected to meet twice a week minimum, sources said.

Sources said, in the obvious bid to signal to workers that Congress is serious about mass mobilisation and mass agitations, the AICC formed a planning group to coordinate the “Bharat Jodo Yatra”. The two-month-long Kanyakumari to Kashmir nationwide yatra will be launched on October 2 with the central message against ‘ “communalism and polarization”, under the Bharatiya Janata Party government. Digvijay Singh is at the head of the planning group which also includes Sachin Pilot, Shashi Tharoor, Ravneet Bittu, K J George, Jothi Mani, Pradyut Bordoloi, Jitu Patwari and Saleem Ahmed.