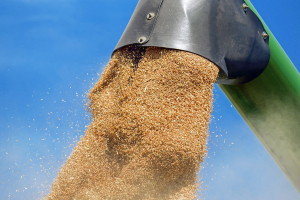 India reassures the export of wheat to countries in “serious need”​​​​​

Davos: India today reassured the World Economic Forum that it will continue to allow wheat export to countries which are in “serious need, are friendly and have the letter of credit”.

On May 14, India banned wheat exports and restricted exports only to countries that either had already issued letters of credit or had requested supplies to meet their food security needs.

The decision, in spite of the government’s claims that there was no dramatic fall in wheat output in the country this year, led to fears that the move could lead to a steep rise in global wheat prices. The Russia-Ukraine war has already adversely impacted the global wheat supply. “We don’t want wheat trade to happen in an unregulated manner or hoarding to happen,” commerce secretary BVR Subrahmanyam had then told reporters in New Delhi.

India’s Union Minister for Consumer Affairs & Food and Public Distribution, Piyush Goyal today said at the World Economic Forum at Davos, Switzerland that while a 7%-8% rise in wheat production was expected this year, severe heat waves led to early harvest and loss of production. “Given this situation, what we are producing is about enough for domestic consumption,” he said.

India was never a traditional player in the international wheat market and the export of wheat only began about 2 years ago.  Goyal pointed out that last year 7 LMT wheat was exported and a majority was done within the last two months when the war between Russia-Ukraine developed.

“India’s wheat exports are less than 1% of world trade and our export regulation should not affect global markets. We continue to allow exports to vulnerable countries and neighbours,” the Minister said.