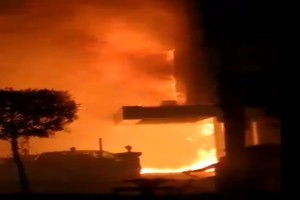 Vijayawada: At least 10 people were killed when fire broke out in a hotel being used as a COVID facility here, on early Sunday morning at around 5 am.

The hotel was taken on lease by a private hospital for COVID care and treatment. At the time of the incident about 30 patients and 11 others including hotel staff and doctors were present in the hotel, Sawarna Palace, situated in Sivalayam Street , Near Challapalli Bungalow at Governor Peta, here. Most died due to suffocation, the police told globalbihari.com.

At the time of going to the press around 33 people were rescued from the hotel and 18 of them were being treated in nearby hospitals and were said to be in good condition.

“We received a call at 5.15 am about the incident and a fire tender was immediately rushed to the spot and with the local fire extinguishing team, it could control the fire in about half an hour’s time,” the police said adding that  by  9 am the rescue operation could be completed. The hotel already had fire extinguishing equipment.

Also read: Was the fire in COVID-19 hospital an offshoot of Gujarat government’s drive to regularize illegal constructions?

The fire broke at the ground floor, at the reception area, primarily constructed of wood and reached reached till the second floor of the hotel. No other neigbouring building was affected in the incident, the police said.

The cause of fire is still being investigated, for now, electric shotcircuit is anticipated to be the reason, investigation is still in progress. 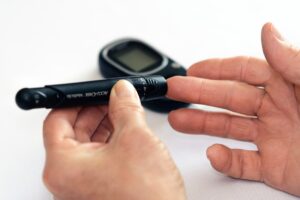