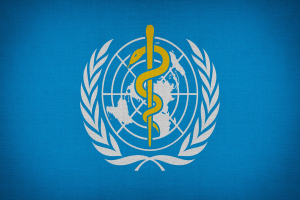 His re-election was confirmed during the 75th World Health Assembly here today. He was the sole candidate. Today’s vote was the culmination of an election process that began in April 2021 when the Member States were invited to submit proposals for candidates for the post of Director-General. The WHO Executive Board, meeting in January 2022, nominated Dr Tedros to stand for a second term.

Dr Tedros’s new mandate officially commences on August 16, 2022. A Director-General can be re-appointed once, in accordance with World Health Assembly rules and procedures.

During his first term, Dr Tedros instituted a wide-ranging transformation of the WHO, aimed at increasing the Organization’s efficiency driving impact at the country level to promote healthier lives, protect more people in emergencies and increase equitable access to health. He also guided WHO’s response to the COVID-19 pandemic, outbreaks of Ebola in the Democratic Republic of the Congo, and the health impacts of multiple other humanitarian crises.

Meanwhile, today, at the 75th World Health Assembly, Member States agreed to adopt a landmark decision to improve the World Health Organization’s financing model. The decision adopted, in full, the recommendations of a Sustainable Financing Working Group made up of WHO’s Member States, which was set up in January 2021 and chaired by Björn Kümmel, from Germany.

In one of the key recommendations in the Working Group’s report to the Health Assembly, Member States target a gradual increase of their assessed contributions (membership dues) to represent 50% of WHO’s core budget by the 2030-2031 budget cycle, at the latest. In the last budget biennium, 2020-2021, assessed contributions represented only 16% of the approved programme budget.

The report includes other recommendations, such as exploring the feasibility of a replenishment mechanism to broaden the financing base. It also asks the WHO Secretariat to work with a Member States task group to strengthen WHO’s governance, which will make recommendations on transparency, efficiency, accountability and compliance. The task group’s work will help ensure that increases to Member States’ assessed contributions will be accompanied by further reforms to the way the Organization operates.

WHO’s current financing model has been identified by many experts as posing a risk to the integrity and independence of its work. WHO’s over-reliance on voluntary contributions, with a large proportion earmarked for specific areas of work, results in an ongoing misalignment between organizational priorities and the ability to finance them. The recommendations today are designed to substantially address these shortcomings.