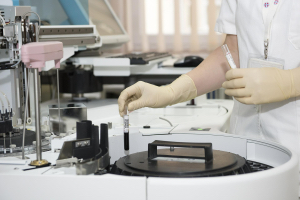 Let me start with our efforts to see 1 billion people enjoying better health and well-being. Our projection is that we will almost reach this target by 2023, but progress is only about one-quarter of what is required to reach the relevant [Sustainable Development Goals] SDG targets.

Still, there are encouraging trends and successes to celebrate.

In addressing the risk factors for noncommunicable diseases, many countries are making progress by reducing the use of health-harming products. Tobacco use continues to decline. Since 2018, the number of countries on track to meet the target of a 30% reduction in tobacco use between 2010 and 2025 almost doubled, from 32 to 60 countries. We also see encouraging progress against our target to eliminate industrially-produced trans fat from the global food supply by 2023.

Since we launched our REPLACE initiative in 2018 [to eliminate trans-fat in foods by 2023], mandatory policies prohibiting the use of industrially-produced trans fat have been introduced in 58 countries accounting for 40% of the world’s population. And in the past five years, more than two-thirds of Member States have either introduced or increased excise taxes on at least one health-harming product, such as tobacco, alcohol or sugary drinks.

At the same time, WHO has supported countries to create the environment and living conditions in which health can flourish. At COP26 last year, more than 50 countries agreed to take concrete steps to develop climate-resilient, low-carbon health systems. We issued new air pollution guidelines, setting new limits for air quality based on mounting evidence of the harms to health of air pollution at even lower concentrations than previously thought.

71 countries are now using WHO guidelines or tools on the health response to violence against women. Road deaths have stabilized, despite a continued rise in the number of cars. And the Global Network for Age-friendly Cities and Communities was expanded, supporting more than 1300 cities in 52 countries to become better places in which to live and age.

Now to our efforts to see 1 billion more people benefitting from universal health coverage by 2023.

We are far behind, and progress is less than one-quarter of what is required to reach the “triple billion” target. Even before the pandemic, we estimated that only 270 million more people would be covered by 2023 – a shortfall of 730 million people against the target of 1 billion. Disruptions to health services during the pandemic have sent us backwards, and we estimate the shortfall could reach 840 million.

Nevertheless, we have many achievements to be proud of over the past five years in our work to strengthen health systems and respond to communicable and non-communicable diseases.

WHO’s Special Programme on Primary Health Care is now supporting 115 countries, compared with 30 five years ago. Since 2015, 95% of these countries have made progress towards increased service coverage.

We have also seen encouraging trends in our work to strengthen the global health workforce. Between 2013 and 2020, the number of health workers globally increased by 29%. Previously, we projected a global shortage of 18 million health workers by 2030. That projected shortage has now shrunk to 15 million – but it is still a massive shortage.

In the past five years, we have also made significant progress in expanding access to medicines and other essential health products. We have prequalified 53 vaccines, 50 in-vitro diagnostics and 288 medicines, including important new therapies for HIV, hepatitis, TB, malaria, NTDs and COVID-19. We also prequalified two biosimilar cancer medicines and launched a pilot programme to prequalify human insulin, to make these life-saving but expensive therapies more affordable and accessible. During the pandemic, we gave Emergency Use Listing to 12 COVID-19 vaccines and 28 in-vitro diagnostics. Within 15 days of the Emergency Use Listing of vaccines, 101 countries issued their own regulatory authorization, illustrating the weight that these countries place on WHO’s stamp of approval.

We have assessed regulatory systems in 80 countries and supported 10 new countries to develop to higher regulatory levels, including four in Africa: Egypt, Ghana, Nigeria and Tanzania.

Recognizing that almost 90% of Member States report the use of traditional medicine, just last month we established the Global Centre for Traditional Medicine in India, to create a reliable body of evidence and data for practices and products that many millions of people use.

On communicable diseases, WHO guidelines have supported major gains in HIV testing and treatment, resulting in a 32% decline in HIV mortality since 2016. We have validated 15 countries for the elimination of mother-to-child transmission of HIV and/or syphilis.

The SDG target on hepatitis B has been met, and since 2015 the number of people who have received treatment for hepatitis C has increased 9-fold to 9.4 million, reversing the trend of increasing mortality for the first time.

Since 2012, nine more countries have been certified as malaria-free, and cases in the Greater Mekong have dropped by almost 90%. And for the first time, we have a malaria vaccine. More than one million children in Ghana, Kenya and Malawi have now received at least one dose. Widespread use of this vaccine, as WHO recommended last year, could save tens of thousands of young lives, especially in Africa, every year.

In the past five years, 14 additional countries and territories eliminated at least one neglected tropical disease. Cases of African trypanosomiasis have declined by 90% in ten years. And only 15 cases of Guinea worm disease were reported last year, compared with 3.5 million in the mid-1980s. Just two cases have been reported so far this year.

Our dream of a polio-free world is tantalisingly close, with four cases of wild poliovirus reported so far this year in Afghanistan and Pakistan – although two new cases in Malawi and Mozambique are a setback. Since 2017, WHO and our partners in the Global Polio Eradication Initiative have provided 1.4 billion doses of polio vaccines to the Member States at no cost. Our investments in polio will not end when polio ends. The infrastructure and expertise we have built is already being used to deliver other vaccines and health services, including for COVID-19.

And we have made significant progress in our response to antimicrobial resistance (AMR). High-level political leadership is essential to address the threat of AMR, which is why we established the Global Leaders Group for AMR, chaired by Prime Minister Mia Mottley of Barbados and Prime Minister Hasina of Bangladesh. Through WHO’s GLASS surveillance system, the number of countries collecting and sharing data on AMR has tripled, and we have seen a six-fold increase in the number of samples collected and analysed globally. The AMR Multi-Partner Trust Fund was established and is now supporting 11 countries to implement their national action plans. And in 2020, the AMR Action Fund was set up to overcome funding barriers for antibiotic development. This year it made its first investments in the development of two antibacterial.

On noncommunicable diseases, over the past five years WHO has supported 36 countries to integrate services to prevent, detect and treat NCDs into primary health care programmes, and we have supported 25 countries with rehabilitation services. More than 3 million people in 18 countries have gained access to treatment for hypertension, with increasing use of the WHO HEARTS package of interventions.

More than 30 countries have developed policies or programmes to improve access to childhood cancer care.

Child survival has improved dramatically over the past 20 years, although 54 countries are off track to meet the SDG child survival targets.

It’s clear that the world was – and remains – unprepared for a pandemic.

Every month, WHO processes more than 9 million pieces of information, screens 43000 signals, reviews 4500 events, and verifies an average of 30 events. In the past five years, WHO has responded to more than 120 emergencies – cyclones, volcanoes, earthquakes, outbreaks, wars – and a pandemic. Some last a few months; some last for years. As we speak, my colleagues are responding to more than 50 emergencies around the world. In many cases, WHO is the first to arrive and the last to leave. Since 2017, we have shipped more than US$1.6 billion worth of medical supplies all over the world, working with partners to support critical health emergency supply chains. The WHO Logistics Hub in Dubai has expanded 10-fold. Through the ACT Accelerator, WHO and our partners have delivered more than 1.5 billion vaccine doses, enabling 40 countries to begin their COVID-19 vaccination campaigns, as well as 159 million tests and US$222 million worth of therapeutics. For the first time, we established a Division of Emergency Preparedness, which supported countries to prepare for thousands of mass gatherings, from the Olympic and Winter Olympic Games, to COP26 and the Dubai Expo. We have introduced the Universal Health and Preparedness Review, which has now been tested successfully in four Member States: Central African Republic, Iraq, Thailand and Portgual, with support from a further 21 Member States. And just last year, we created the Division for Health Emergency Intelligence and Surveillance, which has created the WHO Hub for Pandemic and Epidemic Intelligence, in Berlin. This will build on our existing work by harnessing cutting-edge technologies and innovations in data science, and by fostering greater sharing of data and information between countries with a “collaborative intelligence” approach. The [WHO] Secretariat remains committed to supporting all Member States technically, operationally and logistically to continue responding to this pandemic, and to prepare for future health emergencies.

One of the most common is immunization.

The number of children receiving no doses of the DTP vaccine has barely changed for a decade, until 2020, when it jumped by more than 25%, taking us back to the 2005 level. Progress on sexual and reproductive health, including maternal mortality, remains slow. One in 3 women will suffer physical or sexual violence in their lifetime; Hypertension causes one-third of all deaths, but only half of the cases are diagnosed, and less than half of those are treated; The pandemic has led to a massive increase of 28% in depression and 26% in anxiety disorders globally.

Malaria-related deaths have been increasing since 2015, and TB deaths rose last year for the first time in a decade; In 2020,  the number of people receiving treatment for a neglected tropical disease fell by 25% as a result of health service disruptions caused by the pandemic. Only 20% of national AMR action plans are fully-funded, most in higher-income countries.

Since 2000, the number of people globally who face financial hardship because of out-of-pocket health spending has increased by 75%, to close to 2 billion people. But none of these challenges is insurmountable. For every challenge, there are solutions. If there is a will, there is a way.

The Secretariat has been further developing how we will work with the Member States to deliver on these priorities, which we are now describing as follows:

A key priority for the next five years is to further strengthen our work in our country offices.

How will we overcome the many challenges we face, and reach the targets we set for ourselves?

*Excerpts from the WHO Director-General’s opening address at the 75th World Health Assembly today.