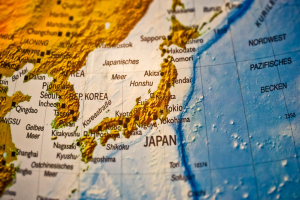 Tokyo/Beijing: Recognizing the urgent need to address climate change as emphasized in the latest Intergovernmental Panel on Climate Change(IPCC) reports, the Quad leaders today stated that they will steadfastly implement the Paris Agreement and deliver on the outcomes of COP26.

Prime Minister Anthony Albanese of Australia, Prime Minister Narendra Modi of India, Prime Minister Fumio Kishida of Japan, and President Joe Biden of the United States pledged to accelerate their efforts to raise global ambition, including reaching out to key stakeholders in the Indo-Pacific region and supporting, strengthening, and enhancing climate actions by partners in the region including through mobilizing climate finance, both public and private, and facilitating the research, development, and deployment of innovative technology.

They launched the “Quad Climate Change Adaptation and Mitigation Package (Q-CHAMP)” with “mitigation” and “adaptation” as its two themes today.

To make Q-CHAMP tangible, the leaders said they were committed to expanding our programs, in support of climate actions between the four Quad countries as well as in the Indo-Pacific region. We recognize the immense challenges posed by climate change to the island nations of the Pacific.

They also welcomed the new Australian Government’s commitment to stronger action on climate change, including passing legislation to achieve net-zero by 2050 and lodging a new, ambitious Nationally Determined Contribution.

The Quad leaders convened in Tokyo also to renew their steadfast commitment to a free and open Indo-Pacific that is inclusive and resilient.

The reference to Quad leaders reaching out to the stakeholders in the Indo-Pacific region assumes significance in view of the growing Chinese influence in the region. From May 26 to June 4, 2022.  State Councilor and Foreign Minister Wang Yi of China is to pay official visits to eight countries, namely Solomon Islands, Kiribati, Samoa, Fiji, Tonga, Vanuatu, Papua New Guinea and Timor-Leste, and a virtual visit to the Federated States of Micronesia upon invitation. He will also hold a video conference with the Prime Minister and Foreign Minister of the Cook Islands and the Premier and Foreign Minister of Niue, and host the second China-Pacific Island Countries Foreign Ministers’ Meeting in Fiji.

“China is ready to continue to have close communication with all parties and deliver more benefits to the people in all countries through this mechanism and create new highlights in regional cooperation,” Chinese foreign ministry spokesperson Wang Wenbin told reporters in Beijing today.

On May 23, Japanese and US leaders had a meeting and released a joint statement in which, China claimed, they manipulated China-related issues and criticized China on several issues.

China stated that the people of Asia-Pacific countries cherished the “hard-won environment for peace and development and will never allow turmoil and war to recur in this region, or confrontation between military blocs and camps to be introduced into the Asia-Pacific region”.

Beijing claimed that in the name of freedom and openness, the US concocted the “Indo-Pacific Strategy” and created political and military confrontation by ganging up with some countries. “In essence, this is like reversing the course of history. It will only undermine regional peace and stability and is doomed to fail,” Wenbin said.

The Quad leaders, in a joint statement, said they were committed to cooperation with partners in the region who shared the vision of a free and open Indo-Pacific. “We reaffirm our unwavering support for ASEAN unity and centrality and for the practical implementation of ASEAN Outlook on the Indo-Pacific,” the leaders added.

China responded saying it was “ready to work with all peace-loving countries that pursue development, strengthen solidarity and cooperation, jointly respond to challenges, promote the implementation of the Global Development Initiative and the \Global Security Initiative and build a community with a shared future for mankind. At the same time, China never allows any country to interfere in China’s internal affairs, undermine China’s interests or smear China’s image. We will defend our sovereignty, security and development interests, and stay committed to safeguarding peace, stability and lasting prosperity in the Asia-Pacific”.

Referring to Myanmar, the Quad leaders expressed their concern about the crisis there, “which has caused grave humanitarian suffering and posed challenges to regional stability. While calling for the “immediate end to violence”, the release of all political detainees, including foreigners, engagement in constructive dialogue, humanitarian access, and the swift restoration of democracy, the Quad leaders reaffirmed their support for ASEAN-led efforts to seek a solution in Myanmar.

They welcomed the role of the Special Envoy of the ASEAN Chair, and called for the urgent implementation of the ASEAN Five Point Consensus – an immediate end to violence in the country; dialogue among all parties; the appointment of a special envoy; humanitarian assistance by ASEAN; and the special envoy’s visit to Myanmar to meet with all parties. The Quad partners will also coordinate capacity building programs in the Indo-Pacific region under the Quad Cybersecurity Partnership, and will initiate the first-ever Quad Cybersecurity Day to help individual internet users across our nations, the Indo-Pacific region, and beyond to better protect themselves from cyber threats.