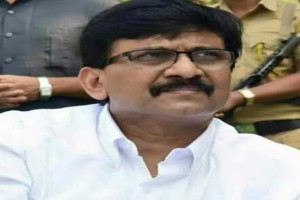 Mumbai: Shiv Sena MP Sanjay Raut’s observations about actor Sushant Rajput’s strained relations with his father KK Singh owing to the latter’s second marriage has not gone down well with the actor’s family members. Sushant’s brother Neeraj Bablu has demanded an unconditional apology failing which the Sena MP will be faced with a legal action from their family.

The Sena MP attributed his statement to what was revealed by the probe that the Mumbai police had initiated following the actor’s suicide death. Among other things that he had mentioned in his weekly column on the Sena mouthpiece Saamana, he pointed out that the family members of the deceased actor were in a state of hibernation till 40 days after the actor’s death. The resultant turf war between the Mumbai police and the Bihar police was unnecessary.”

Raut also alleged that there was a political conspiracy being hatched to cover the truth from coming out. Citing the circumstantial logic for this point of view, he touched on the haste in which the investigations were wrenched from the Mumbai police and entrusted with the CBI.

Meanwhile, Rhea Chakraborty and her brother Showik attended the continuing probe being conducted by Enforcement Directorate (ED) related to the financial aspects of transfer of funds from actor Sushant’s bank accounts.