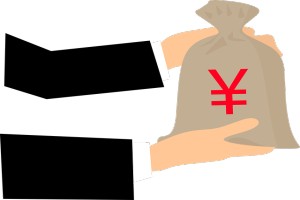 Mumbai: Confederation of All India Traders (CAIT) expressed grave concern over increasing quantum of Chinese investments in Indian companies including start-ups and digital apps. This can be something akin to how the Vietnam government reacted to sharp increase in Chinese investments and made a pre-emptive move to stall the threat. The CAIT gave a clarion call to the government to act promptly to address their grievance on this front.

Voicing that its urgent concern was about China’s growing footsteps in India besides the undiluted import of Chinese goods, the traders body called on the Centre to take prompt action and address its concerns. It further called on the Centre to put Chinese investments in government projects and various sensitive construction works under the scanner.

CAIT Secretary General, Praveen Khandelwal called on the Centre to carry out an all-round siege of China and its activities in India.

“Several Chinese companies have made huge investments in Indian start-ups in sizable numbers. All such start-ups should be asked to exclude Chinese investors and the government should announce a lucrative policy to encourage Indian people to invest in these start-ups,” he added.

Khandelwal also said that at least for the next three years, the provision of government’s permission for any kind of business and industrial investment by China in India should be implemented immediately.

CAIT spokesman Shankar Thakkar added, “The imports from China should be closely monitored and higher customs or anti-dumping duty should be imposed on the goods that are being dumped or are non-essential imports.”

Meanwhile, the Federation of Indian Chambers of Commerce and Industry (FICCI) has  hailed Centre’s bid to give fillip to domestic defence industry.

Voices from the commerce and finance sectors welcomed this move as a stepping stone to becoming ‘AtmaNirbar’.  FICCI President, Dr Sangita Reddy hailed the announcement of the list of 101 items embargoed for imports in the Defence sector starting December 2020.

“The announced policy measures will provide much needed impetus to make India ‘AtmaNirbhar’ in defence technology and products. The industry is looking forward to more items being added progressively to this list so as to deepen the process of indigenisation by leveraging the capabilities of Indian industry,” said Dr Reddy.

Further elaborating, they said, “While liberalisation of the sector has allowed several MSMEs to enter the market, the lack of demand from the Indian Government, the sole customer for the Indian industry, has meant the sector is yet to realise its full potential.”

Dr Reddy added, “The current announcements will spur industry recovery and lead to spin off benefits such as increased research and development, employment generation, corridor development, etc., which will go a long way in strengthening the Defence Industrial base of the country.”

SP Shukla, Chair, FICCI Defence Committee and Group President, Aerospace & Defence and Member besides being Group Executive Board of the Mahindra Group said, “The announcement to earmark Rs 52,000 crore for domestic capital procurement fulfils a longstanding recommendation made by the FICCI Defence Committee to provide long-term visibility on defence procurement plans. Industry can now plan its capex and production capacity.”