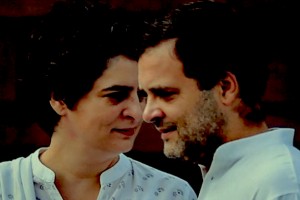 Jaipur: The Rajasthan political crisis seemed to witness the proverbial light at the end of the tunnel with rebel leader and former Deputy Chief Minister of the state Sachin Pilot holding talks with the Gandhi scions, namely Rahul and Priyanka on Monday.

Pilot said that the talks were held on a positive note. He further disclosed to the media that he has sought time from Rahul for yet another meeting before the August 14 special assembly session intended to hold a floor test by Chief Minister Ashok Gehlot.

The Congress high command it seems has finally stepped in to clean the mess in the state as it was learnt that earlier, Congress interim president Sonia Gandhi had held talks with Chief Minister Ashok Gehlot.

Later in the evening late  KC Venugopal, G.eneral Secretary All India Congress Committe, and Incharge, Organisation, informed in New Delhi that Sonia had decided to constitute a three-member AICC committee to look into the matter. He stated: “Shri Sachin Pilot has met with former Congress President Shri Rahul Gandhi and expressed his grievances in detail. They have had a frank, open and conclusive discussion. Shri Sachin Pilot has committed to working in the interest of the Congress party and the Congress government in Rajasthan.

“Following this meeting, Congress President, Smt. Sonia Gandhi has decided that the AICC will constitute a three member committee to address the issues raised by Shri Sachin Pilot & the aggrieved MLA and arrive at an appropriate resolution thereof.”

Subsequent to these developments, Chief Minister Gehlot sounded toned down on his message to the members of the Congress Legislative Party (CLP) seeking cooperation to ensure good governance and development in the state.

The intervention by the central high command seems to be a welcome relief for the state unit of the Rajasthan Congress.While, the state chief minister Gehlot for a change sounded a mellow tone, speculations about possible change in the Party’s state leadership were shot down by the Congress camp.

The political upheaval in the state is changing track every now and then, whether in the political arena or in the court. Only last week on Friday,  six BSP MLAs who had decided to join the Congress Party on their own, had been served notices by the High Court. The MLAs who were currently backing Chief Minister Ashok Gehlot’s camp were transported from Jaipur to a safe location in Jaisalmer, namely the Suryagarh Palace hotel.

However, technical difficulties surfaced as the MLAs were locked up in the hotel and the notices could not be physically handed over to them. The High Court has given them time till August 11 to respond to the said notices. After due permission, the Gehlot led CLP in Rajasthan convened a special assembly session on August 14. The fate of the six BSP MLAs who joined the Congress was crucial to the Gehlot camp when it comes to the numbers crunch in the Assembly.

In the meantime the Sachin Pilot camp had levelled allegations that the telephone calls of all the MLAs that are put up in hotel Suryagarh were being tapped at the behest of Chief Minister Gehlot. The claims had been furiously refuted by both Ashok Gehlot and the Rajasthan police as “baseless and malicious.”