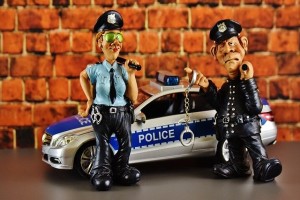 Mumbai: The Bihar top cops entered the fray and set to rest rife speculations that there was a face off between the Bihar and Mumbai police. They iterated that the Mumbai police was cooperating with them in the investigations. Interestingly, this happened shortly after the Bihar police announced that they were not able to trace Rhea Chakraborty, Sushant Singh Rajput’s girlfriend who along with six other members of her family have been accused of the actor’s abetment to suicide in a FIR lodged by the deceased actor’s father KK Singh.

The Bihar Director General of Police, Gupteshwar Pandey spoke to the media measuredly stating, “We are in the early stages of the investigation and attempts are being made to trace the location of the actress Rhea Chakraborty. She is yet to be traced.”

Meanwhile, the actress on Friday came out of silence with a brief legal sound byte on a recorded video that stated, “I have immense faith in God and the judiciary. I believe that I will get justice. At present, a lot of horrible things are being said about me in the electronic media.” She however, refrained from commenting on media outrage citing that the matter is already in court and it would amount to sub judice, as advised by her lawyers.

Also read: The cat is out of the Bag: Financial aspects of actor Sushant’s abetment to suicide

A few hours earlier, the Enforcement Directorate (ED) pitched in, registering a money laundering case against the prime accused in the FIR lodged by KK Singh with the Patna police. The ED’s jurisdiction is investigation of financial crimes. Amidst rising clamour from politicians both from Bihar and Centre for transfer of the investigations from the police to the Central Bureau of Investigation, the police said they were against any such move. Interestingly, the accused, Rhea Chakraborty too had called for a CBI probe earlier.