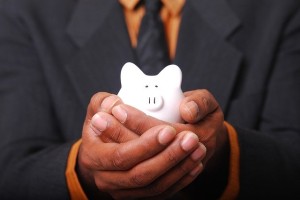 The damage control mode played by the Reserve Bank of India (RBI) is not confined to performing a balancing act on the interest rates attracted by Fixed Deposits (FDs). There is a bigger collateral damage that captures the eye of the storm. For, if the government borrowings cross a threshold, India is likely to be faced with downgrading of its credit rating. The credit rating agencies have so far played mute on this count. However, there is an air of uncertainty on the shape of things to be.

In the event, the country faces a downgrading of its credit rating, it will have an avalanche effect on the economy with all aspects right from the Systematic Investment Plans (SIPs) going for a toss to the Indian rupee tumbling down further against the US dollar. The spate of disasters it triggers affects the lives of the common man adversely.

In addition to the financial downturn caused by the nip in the spending powers of the central and state government employees, there are reports that several state governments including Telangana are faced with inability to pay full salaries to their employees. The situation of desperation created by the fiscal crisis has prompted the union and state governments to effectuate a steep hike in excise and sales taxes levied on petrol and diesel. Whereas, on the global scenario, oil prices plummeted by more than 42%, the governments not only failed to pass on the benefit to its consumers, but also made these commodities dearer.

The revenue earnings of the governments both centre and state had registered a slowdown towards the end of the previous financial year ending March 2020. It mandated a situation where the government had to borrow more to cover the fiscal deficit. This again had a cascading effect on the fortunes of industry and business houses in the private sector. With the quantum of space available to borrow being greatly decreased, the banks are left with no options but to increase the interest rates for all parties concerned.

This has forced the banking regulator, RBI to step in and cut the repo rate (repo means the rate at which the Central banker lends to commercial banks) from 5.15% to 4%. The move was already afoot in early February 2020.  In addition, the banking regulator purchased government bonds to pump in liquidity into the banking system.

The piquant situation engendered by the banks’ inability to lend, precipitated excess liquidity in the system to the tune of Rs. 4.02 lakh crore by early June. Unable to handle the excess liquidity, the banks deposited the amount with RBI. This again pushed up the interest rates at which the government was able to borrow for a 10-year-period from 6% to 6.6% in the interim period from January 2020 to June 2020.

Higher liquidity or idle money in simpler words, adversely affects the depositors of the banks.  Both savings and fixed deposits yield far lesser interest. Nearly 50% of the deposits with the banks emanated from household financial savings. With the crunch on the interest rates, there is increased pressure on the purse strings of depositors who aspire to keep aside a corpus for retirement or say children’s education or weddings.