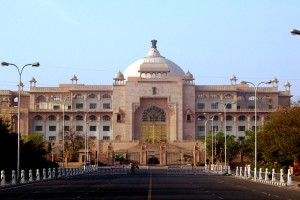 Jaipur: In sharp contrast with  the Rajasthan Congress chief Mahesh Joshi’s confrontationist act of moving the Supreme Court in an appeal to quash the High Court’s order that required the Speaker of the assembly to defer his decision on disqualifying Sachin Pilot and his group of 18 MLAs, Chief Minister Ashok Gehlot sounded a mellow note on Saturday, stating, “The Congress High Command will decide on the fate of the Pilot-led rebel camp of MLAs.” Gehlot further said, “Whatever option the High Command chooses to exercise, I will willingly comply with it.” Further elaborating, he said he will have no reservations in accepting the Pilot-led rebel camp back into the Party fold in the event the High Command favoured such a move.

Mahesh Joshi in his plea made to the Supreme Court has stated that the Rajasthan High Court’s verdict was ultra vires the constitution as in an earlier case dealing with a similar situation way back in 1992, the Supreme Court had ruled that the ultimate authority on decision to disqualify members of an assembly rests with the Speaker and any kind of judicial intervention is not permissible.”

Amidst Gehlot’s willingness to strike a reconciliatory note if the High Command desired, there was also indication of fear striking his loyalists that there may be some who fall prey to horse-trading attempted by the warring BJP camp. In what seemed to be a precautionary move, Gehlot’s loyalists were shifted from the Jaipur resort they were housed in to Jaisalmer. Though no official whip, the Congress functionary informed that the loyalists will be parked in the Jaisalmer hotel for over the next fortnight.

Meanwhile, refuting Gehlot’s accusation of the BJP’s bid at toppling duly elected governments by resorting to horse-trading, Gajendra Singh Shekhawat told media persons that the Congress should first set its house in order and stop the infighting trend that has bitten into its mandates. He elaborated that the current crisis in the Rajasthan Congress had been the precipitation of what was simmering for over two years and dated back to 2018.  “Since then, both the Congress leaders Gehlot and Pilot were no more in speaking terms,” he concluded.

Gehlot was quoted as saying “The tamasha should stop and the BJP Union minister Shekhawat should be made to resign citing the grounds that there was evidence of his role to trigger horse-trading in addition to a Jaipur court directing the SOG to investigate the latter’s involvement in a credit cooperative society scam.”

News pouring in from the rebel Congress camp led by Sachin Pilot disclosed that they don’t feel inclined to attend the Assembly session and Congress Legislative Party (CLP) meetings till such time the FIRs filed against them are not quashed. The Pilot camp also took a moral stand refuting Gehlot’s claim that the BJP was engineering the crisis in the state. The spokesperson said, “None of us here are interested in joining the BJP. It is evident that this will be the easiest option that could be exercised by us. It’s not about a power game. We are fighting for respect.” On further questioning the source conveyed that the call on attending the assembly session will be taken post consultations within the rebel camp.

The BJP’s decision to petition the Rajasthan High Court over the merger of six BSP MLAs with the Congress Party also drew flak from the hassled chief minister who is surviving on wafer thin majority. Gehlot, in a press statement pointed out that four Rajya Sabha members of Chandrababu Naidu’s Telugu Desam Party had merged with the ruling Party at the Centre in the previous year. In wake of this, the BJP is adopting double standards.”