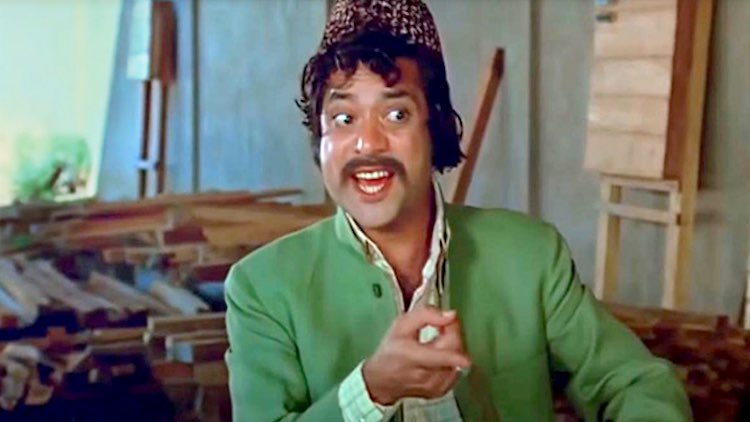 Mumbai: Last rites of veteran actor and comedian Jagdeep, better known for his role in Sholay as Soorma Bhopali, were performed at Mazagaon in the city on Thursday. The 81-year-old  passed away  at 8:30 pm at his Bandra residence on July 8 due to age related issues.

Born as Syed Ishtiaq Ahmed Jaffrey, he was known through his stage name Jagdeep Jaffery and had worked in more than 400 films, starting as child artist extra in B. R. Chopra’s Afsana. He went on to do films as child artist in films like Ab Dilli Door Nahin, K. A. Abbas’s Munna, Guru Dutt’s Aar Paar, Bimal Roy’s Do Bigha Zamin and AVM’s Hum Panchi Ek Dal Ke.

He was gifted a personal staff by Pandit Jawahar Lal Nehru for his stellar performance in Hum Panchi Ek Daal Ke.

It was the AVM production that launched him as leading Actor in films like Bhabhi, Barkha, Bindiya and many more. Later he established himself as comedian with the movie Brahmachari. He  also appeared in horror movies like Purana Mandir and 3D Saamri.

However it was the cameo in 1975 blockbuster Sholay that immortalised him as Soorma Bhopali.

Jagdeep’s one son, Javed Jaffrey, is a popular film star and an acclaimed dancer.