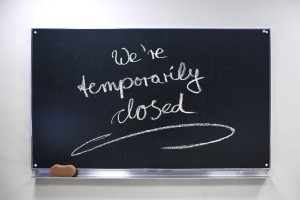 New Delhi: In view of the surge in COVID-19 cases, the Delhi government shut down all private and government schools in the national capital until further notice.

In the national capital territory of Delhi, 7437 confirmed cases and 24 deaths were reported in a day today.

Meanwhile, Union Health and Family Welfare Minister Dr.Harsh Vardhan chaired the 24th meeting of Group of Ministers (GOM) on COVID-19 today where he stated that with renewed focus on collective efforts for effective adherence of the Health Ministry’s SOPs for containment and management of COVID, and individual discipline in following oft disseminated COVID Appropriate Behaviours, the country shall be able to overcome the recent spike in cases. Through a detailed presentation on the status of COVID in the top 11 high burden states in the country, Dr Sujeet Kumar Singh, Director (NCDC) highlighted that as on 8th April 2021, India’s seven-day case growth rate (12.93%) is next only to USA and Brazil. Although the country was seeing an average growth rate of 5.37% in the Daily Cases(as on 8th April 2021), the national Case Fatality Ratio has declined to 1.28%. He stated that the overall national Recovery Rate for India has declined to 91.22% in view of the ongoing surge situation.

It was also pointed out that 11 States together contribute to 54% of the total cases & 65% of the total deaths in the country. Disproportionately higher deaths in Maharashtra and Punjab have further increased during the last 14 days (64% of the total deaths in the country). Starting February 2021, a steep increase in cases observed in all the 11 States. Majority of the cases are reported in the younger population (15-44 years of age) and majority of the deaths reported among the elderly population (> 60 years). A high-test positivity rate is seen in Maharashtra (25%) and Chhattisgarh (14%). He highlighted that in many states the proportion of RTPCR-RAT was not satisfactory, while testing capacity in the private sector is underutilised in many states. Also, it was pointed out that feedback from the visiting teams indicated laxity in following Covid appropriate behaviour, containment zone activities and increased social gatherings increasing the number of cases.