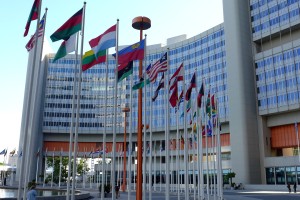 It is high time to reform the United Nations

The Tatmadaw is on a rampage ever since the bloodless coupe on February 1, 2021, which has snowballed into one of the bloodiest crackdowns on the pro-democracy movement in Myanmar. Ignoring international warnings, the military junta there is killing civilians with impunity.

The usurpers, aptly labelled as terrorists by the civilians, have been using all lethal weapons including RPG missiles, machine guns and live ammunition and even used aerial strikes ruthlessly on the civilians. They are chasing and killing protestors, indiscriminately killing children, women, monks as well as health workers. Many including journalists have been detained there.

So far over 550 are dead and the number is still counting. And the military generals had the audacity to boast that they have the capacity to kill 500 people in an hour! All that the United Nations secretariat to say was, “We are, of course, working to get back onto a path where all such violence and all such rhetoric are put to a halt.”

But how? The question merits an answer because the Tatmadaw has the gumption to display sheer contempt for the international community, notably the United Nations Security Council, which had condemned the coup and in a unanimous statement asked the military to release all detainees including State Counsellor Daw Aung San Suu Kyi and President Win Myint, and had pledged ‘continued support’ for Myanmar’s democratic transition.

It may sound hypercritical but Myanmar is fast becoming a test case for United Nations’ efficacy and even relevance. Initially, it did put up a good show by getting all member states on the same page on Myanmar after Russia and China had blocked a United Nations Security Council statement that condemned the coup in Myanmar. Neighbouring countries such as Thailand and the Philippines had simply dismissed the coup d’état as an internal matter of Myanmar.

The reality of closed-door UNSC meetings is inarguably different that what actually happens on the ground. Ask the pro-democracy protestors in Myanmar who are burning national flags of China and Russia in public there today. Being the sufferers, they indeed have better intuition and information to judge their enemies. Ostensibly their frustration is suggestive of the tacit support of certain countries to the Tatmadaw. The fact is that China was quite disturbed when the proceedings at the closed-door meeting of the UNSC members were selectively leaked to the media, and had publicly voiced its shock.

The question, therefore, is that what makes the military rulers so audacious? It is a point of conjecture whether they are impudent because of a toothless United Nations and its security council members, many of whom don’t even see eye to eye but at least share the table.

It is but a sad commentary on the state of the United Nations and its Secretary-General, who to his credit though, has vociferously condemned the coup and demanded the restoration of the democratically elected government in Myanmar. However, the S-G’s heroics seem to be of little avail. A case in point is his Special Envoy to Myanmar. She has been waiting to visit Myanmar since February 1, 2021 – the day the coup happened — but the usurpers have the gumption to deny her entry to the country. All that the Special Envoy Christine Schraner Burgener, could manage in these months was to have a couple of telephonic conversations with an officer at the level of the deputy head of the armed forces in Myanmar, who conveyed to her in no uncertain terms that she was not welcome in the country, making her “regret” the Tatmadaw’s decision to deny her the entry to Myanmar on grounds that “it is not ready to receive her”.

All that Burgener could succeed in doing after over two months of delay was to reach Bangkok yesterday to deliberate with the Association of Southeast Asian Nations (ASEAN), but still, it was not certain whether she would be a part of the ASEAN summit in Jakarta this month!

Moreover, it is still not clear which “neighbouring” countries of Myanmar she said she would be holding talks with. To a question about whether China was also one of those neighbouring countries on her list, all that Stéphane Dujarric, Spokesman for the United Nations Secretary-General, could say during a press conference in New York on April 8 was, “Yeah, I think that would be an assumption that would be safe”.

What also raises further questions is Burgener’s insistence on meeting the military leaders in Myanmar. The United Nations secretariat is still making efforts to ensure her entry into Myanmar “so that she can have direct contact”.  But how will that help? The Secretary-General, António Guterres, according to his spokesperson, believed that there was no solution to the situation “that does not involve diplomacy and does not involve negotiations.  So, he wants the Government of Myanmar to cooperate with the work of the Special Envoy.

However, this apparently sounds quite an ambiguous argument to justify a dialogue between the Envoy and the Tatmadaw.  What should be the agenda of the meeting? What type of negotiation is the S-G looking for with the ruthless generals? Already voices are now being raised in certain quarters that since Guterres had now been fully vaccinated against COVID-19, why shouldn’t he himself travel to the region? “In fact, he does, and we’ll try to make some announcements about his travels outside of New York sometime in the coming weeks,” his spokesperson stated.

A careful analysis of such moves, though, only reflects on the UN S-G’s desperation, particularly in view of the following developments:

The challenge before the UN is to ensure that Myanmar does not become another Syria, where ten years of war has only exposed its own limitations, rather effeminacy. Myanmar has had a long history of military dictators before the brief flourish of democracy and civilian government, which is now again under siege. It is now back to square one.

Also read: Decade-long Syria conflict is the biggest failure of the United Nations

The question is can the UN ever be more assertive in performing its role as a champion of peace and guardian of the planet? While only recently we saw how the USA under President Donald Trump had derailed the Paris Accord on Climate Change, and even arm-twisted the World Health Organisation, last night ( as per Indian Standard Time) during a press conference at the UN Headquarters in New York, Farhan Haq, Deputy Spokesman for the Secretary-General, was quite clear about the UN’s role: “When… not just in Myanmar, but in any situation, when there are people placed at risk, when there’s violence on the rise, there is a responsibility by the international community as a whole to protect people.”

But that was it! After all, finally, it comes down to the UN member countries – How do they go about it? How do they live up to their responsibilities? There has been a significant rise in violence, and the situation cannot go on like this in Myanmar and the UN Secretariat acknowledges this fact. But S-G’s deputy spokesperson was more ubiquitously than ever – “Again, we’ll see how the members take up their responsibility, but certainly, the doctrine of the responsibility to protect is one that has now been well established.”

Of course, with the growing incidence of violence the world over, particularly when shocks of over 135 million people facing acute food insecurity in 2020 is likely to reverberate long into 2021 and beyond, and over 34 million people are just “one step away” from starvation across the globe, it is high time for the United Nations to be really united and decisive. It looks like a distant dream as of today. Syria and Myanmar are not the only examples of the UN’s failure. It is struggling in Yemen, where it is trying hard to grapple with the Houthi rebels’ crisis and where despite the peace move by Saudi Arabia, violence and hunger continue. It is also struggling to restore peace in several African nations – Ethiopia, Somalia, the Democratic Republic of the Congo, Somalia, Niger, Nigeria, Sudan, South Sudan and Mozambique where violence has again returned. Afghanistan in Asia remains another conflict zone while Pakistan remains a terror hub, and North Korea and Iran have their own military aspirations. Taiwan, Hong Kong, and China’s expansionist policy in the Asia Pacific region are other matters of concern. Palestine has always remained a problem that the UN is yet to resolve fully, Large scale displacement of people from war zones and scarcity hit regions, and the refugee problem in the West, are threatening peace.

For long nations, including India, have been calling for reforms at the United Nations, particularly the Security Council reforms along with bureaucratic reforms, and reforms concerning the very composition of the Organisation, to make it more effective and decisive. Syria and now Myanmar’s experience, along with the others, is a present strong case for such reforms.