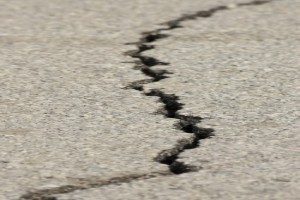 In the wake of the recent series of tremors in Delhi-NCR,Wadia Institute of Himalayan Geology, an autonomous institute of the Department of Science and Technology, has said that such tremors are not unusual in the Delhi-NCR region, but indicate that strain energy is built up in the region.

They have said that since the seismic network is quite good, present micro to minor earthquakes in and around Delhi-NCR could be recorded.

Though our understanding, in terms of when, where and with how much energy (or magnitude) an earthquake can occur, is not clear, but the vulnerability of a region can be understood from the past seismicity, calculation of strain budget, mapping of active faults etc. The Delhi-NCR has been identified as the second highest seismic hazard zone (Zone IV). Sometimes, a vulnerable zone remains quiet, experiences small magnitude earthquakes that do not indicate any bigger earthquake, or receives a sudden jolt by a big earthquake without any call. Out of 14 small magnitude earthquakes in the Delhi-NCR, the 29th May Rohtak earthquake had the magnitude of 4.6.

Past earthquakes scenario In Delhi-NCR:

Why earthquakes happen in Delhi-NCR?

All the earthquakes in Delhi-NCR are due to the release of strain energy, which have been accumulated as a result of northward movement of Indian plate and its collision with the Eurasian plate, through the fault or weak zones. There are so many weak zones and faults in the Delhi-NCR: Delhi-Haridwar ridge, Mahendragarh-Dehradun subsurface fault, Moradabad fault, Sohna fault, Great boundary fault, Delhi-Sargodha ridge, Yamuna river lineament, Ganga river lineament etc. We must understand that the Himalayan seismic belt, where the Indian plate collided with the Eurasian plate and underthrusted beneath the Himalayan wedge, accumulates strain energy at the plate boundary due to relative movement of plates against each other causing crustal shortening and deformation of rocks. These energy can be released through the weak zones and faults in the form of earthquakes ranging from micro (<3.0), minor (3.0-3.9), light (4.0-4.9), moderate (5.0-5.9), strong (6.0-6.9), major (7.0-7.9) or great (>8.0) earthquake, defined as per the amount of energy released. The small magnitude earthquakes are frequent, but large magnitude earthquakes are rare to very rare. It is the large earthquakes that cause severe damages both to structures and properties.

Impact of Earthquakes in the Himalaya to Delhi-NCR:

The Isoseismals of the 1905 Kangra (7.8), 1934 Bihar-Nepal (8.0), 1950 Assam (8.6), 2005 Muzaffarabad (6.7) and 2015 Nepal (7.8) earthquakes in the Himalayan arc are bounded by the Main Central Thrust (MCT) to the north and the Himalayan Frontal Thrust (HFT) to the south. These earthquakes are the result of slip on a décollement surface i.e. the contact between the under thrusting Indian plate and overlying Himalayan wedge, which extends southward from 16-27 km depth beneath the MCT to its surficial expression as the HFT at a distance of 50-100 km from MCT.

The subsurface structures, geometry, and disposition of faults and ridges are to be investigated thoroughly using Geo-scientific studies in and around Delhi and NCR. Since the soft soils do not support the structures’ foundations, structures anchored to bedrock or stiff soils in earthquake-prone areas suffer less damage. Thus, soil liquefaction studies are to be carried out to know the thickness of soft soils. Active faults are to be delineated, and lifeline structures or other infrastructures are to be avoided from nearby active faults, and to be constructed as per the guiding principles of the Bureau of Indian Standard (BIS). The outcome of recent micro zonation studies for Delhi-NCR by IMD should be considered for important construction.

Earthquakes are not predictable but there lies a probability of a large to great earthquake with magnitude 6 and more in the highest seismic potential zone V and IV, which fall in the entire Himalaya and Delhi-NCR. The only solution to minimise the loss of lives and properties is the effective preparedness against the earthquake. Countries like Japan have proved this; where earthquakes are common phenomenon, yet the losses are negligible. Annual mock-drill is a regular feature there. People’s participation, cooperation and awareness are the key to success of this. Some of the precautions and preparedness are enumerated as:

Other utilities and Note Points:

*Dr. Kalachand Sain is the Director of Wadia Institute of Himalayan Geology, Dehradun