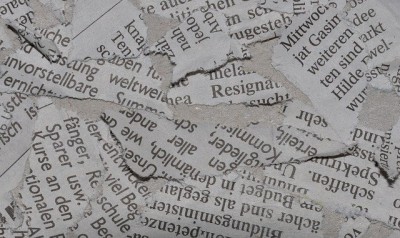 These are bad times for the media fraternity be it print or electronic. There are continued reports of job losses and pay cuts pouring in and many in the journalistic fraternity who are still holding on to their jobs are unsure of what the future has in store for them. Many big media houses too are closing editions at a pace unheard of in recent times. Even before this came to be, the Indian media was under a cloud for low credibility and doctored cacophony. Ironically, at a time there are more television channels, social media outlets and mobile news snippets travelling over WhatsApp, there is a big question mark over the freedom of press in our country.

If you want to test the way people perceive media reports, you just have to carry a news report may be a flyer or in some inner page and show it to a cigarette or tea vendor. His instant reaction in most cases is “The reporter has taken money and filed the story.”  A decade-and-a-half back the situation was far different. People would crowd around the local tea stall and discuss the stories published in the local newspaper. This sea change in attitude over the years reflects on two aspects of how media houses have become shod of credibility and objectivity.

In the early days of electronic media before a spurt in the number of channels and strong presence of print journalists, most journalists were known to the public figures either in politics or crime beat or civic affairs and were all in first name terms with each other. This lent itself to good stories tumbling out either from the bureaucracy or politicos or crime marshals. It was an era where relationships were fostered and led to opening of news sources.

I will quote a very senior and veteran crime reporter working for the Gujarati press in Mumbai, namely Surinder Modi. Surinder has spent his life-time shuttling between the Commissioner’s office and his South Bombay office. “The initial few interactions we have with a senior police officer is spent on getting to know one another. The police officer will make discreet inquiries about me and I in turn will also try to get to know more about the officer. Subsequently, in our fourth or fifth meeting, the news will start flowing and things will open up. This game of scanning each other used to lead to lasting relationships and a good network of contacts.”

The reference to this quote is just to indicate that media people who were on the field in those days as late as mid to late nineties had time to work on special stories and generate follow-ups to a good story without much pressure telling on them. This also helped journalists to build good portfolios for themselves before they headed to a bigger organization or media house. Needless to say, this resulted in a high degree of authenticity in both investigative and routine reports that appeared in the papers.

With the advent of Internet and Web news portals by the late nineties, things began to change. To coincide with this phenomenon was a host of local and national media channels that put pressure on the shelf-life of news. We have come a long way since and today we are in the era where news stories lose their exclusivity within less than 20 minutes. The loss of shelf life for news stories has put tremendous pressure on the reporter on the field and has resulted in a plethora of unconfirmed or sometimes even concocted news articles.

This is the first aspect that has led to news channels and publications churning out specious content and heading towards a mix of sensationalism and mediocrity. The second aspect that has changed media’s behavior and style of functioning is the mushrooming of social media like Facebook, Twitter and WhatsApp that has led to a deluge of newsbreaks, some of which manage to beat even reputed wire services like Reuters or AP or AFP.  Resultantly, social media has turned from a luxury into a necessity. In addition, these outlets are also responsible for circulation of fake news, at times making it go viral. This is the second aspect which has led to lack of credibility of media channels.

To tide over this crisis, we have to develop a sense of balance and build awareness in field persons that their focus should be on accuracy and not breaking it first.

Finally, there’s also the social security aspect. Decade ago, journalists had a strong union which would take up the fight with the media management in case of any injustice. One such instance was when a lady journalist was asked to leave the media house under some flimsy grounds. The senior journalists in the profession tutored her on how to talk and give repartee to the management cadres.

With journos being increasingly taken on contract and very few old timers left under permanent category and a damocles sword hanging over their career, the profession has lost its charm and excitement.