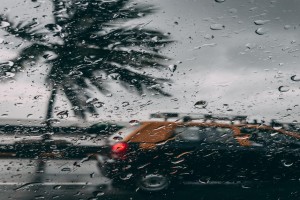 Mumbai: Early morning saw Mumbaikars peep out with despair despite the call for relaxation on Covid-19 curfews as the rain Gods showered heavily on both the city and its suburban localities besides the neighbouring Thane and Navi Mumbai areas.The rains also had its effect felt on the high-profile Sushant Rajput suicide case that was awaiting a verdict from the Bombay High Court. The Court has adjourned all hearings that were slated for today.

Heeding to warnings sounded by the met department, the civic body issued an advisory note that all offices and establishments in the city stay shut. This excluded the emergency services. Residents of Mumbai were advised to stay indoors and not risk travel within the city.

The Met department had earlier sounded a red alert for Mumbai city predicting that the next 48 hours will witness heavy showers and people should be advised to refrain from leaving their homes. In addition to the state’s disaster management unit put on full vigil, the fire brigade officials are on alert to carry out relief and rescue operations as and when required.

The water-logged areas of the city that disrupted road and rail traffic included Parbhadevi, Dadar, Parel, Wadala and Kings Circle. Besides, a landslide that occurred in the Western Express Highway blocked traffic near the Kandivali stretch from the early hours for traffic commuting from the northern suburbs towards south Mumbai. Train services in both Central main and harbour lines continued to be disrupted at the time of going to press. However, the Railways operated shuttle services between Vashi to Panvel, besides the Thane-Kalyan stretch.

The met officials when contacted had sounded a caution that the city will face high tide at around noon, 12.47 p.m. to be precise. They also said, “Mumbai will get relief from August 6 onwards when the rains will recede.” The Central Railway public relation officer tweeted that the disruption took place because of water logging on the tracks.

The first casualty in the heavy rain spell was claimed by Thane city where a man was electrocuted after he unwittingly touched an electric pole. He accidentally touched the electric pole on the sides of a temple located on Ghodbunder road, in the morning hours. The local police informed that the deceased has not yet been identified and his body has been sent for post mortem.

The news by late evening pouring in from civic sources informed that the  landslide that had blocked Western Express Highway (WEH) had been cleared and traffic was moving in  either direction smoothly.