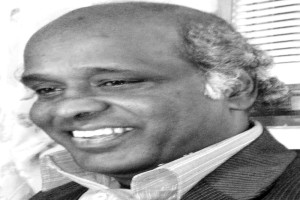 Indore: Prominent Urdu shayar and lyricist who had tested positive for COVID-19, died of cardiac arrest at Aurbindo Hospital here on Tuesday evening at 5 pm.

The poet, known for his shayaris such as  Bulati Hai Magar Jaane Ka Nahi, had tested positive for COVID-19  just a night prior to his sudden demise. The 70-year-old poet had tweeted on Tuesday morning at 7:45 am that he was tested positive for Covid-19. Following his tweet, another known poet, Kumar Vishwas had tweeted that this time Corona was in confrontation with a wrong person —Galat Aadmi se bhid gaya hai corona is baar (ग़लत आदमी से भिड़ गया है कोरोना इस बार).

Indori’s birth name was Rahat Qureshi. He had penned several lyrics for Bollywood also. Some popular songs, which Rahat penned, included  Bumbroo, Dekhle, Neend Churayee Meri, Murshida, M Bole To. He was a former professor of Urdu language and a painter. He was a pedagogist of Urdu literature at the city-based Devi Ahilya University.

COVID-19’s growing menace in the Bollywood circles is now more than visible. The list of Bollywood celebrities who are tested positive for the virus is ever growing. Covid-19 has not spared the biggest names either — While Indori succumbed to the pandemic, Amitabh Bachchan, his son Abhishek, daughter-in-law Aishwarya and grand daughter Aradhya were found afflicted with the virus and were only recently discharged from the hospital. On July 12, actor Anupam Kher tweeted about his mother Dulari, Brother Raju Kher, Raju’s wife and daughter contracting the virus. Kher himself though was tested negative.

Singer Kanika Kapoor was among the first from the tinsel town to be found Corona positive on May 20. She had arrived from London to Uttar Pradesh for attending a family function and had interacted with many politicians too and the news had created a panic in the Uttar Pradesh political circles.

Many television celebrities too have found themselves to be in the grip of the pandemic. The lead actor of popular serial Kasautii Zindagii Kay, Parth Samthaan, was tested Covid positive with mild symptoms while shooting for the show. Due to mild symptoms he was self-quarantined at his home only for a few days.  Another Television celebrity and Ishqbaaz actress Shrenu Parikh too was tested Covid-19 positive. Yeh Rishta Kya Kehlata Hai actress Mohena Kumari along with her family members too were tested Covid-19 positive on June 2. 74 year old film and television actor Kiran Kumar too was  tested Covid positive on May 14.  Kumar was self-quarantined at home as he didn’t have fever and cough.