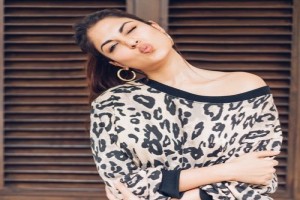 Mumbai: In a day where a father’s emotional outburst about not being able to ascertain his son Sushant’s mental and physical health condition despite multiple requests over WhatsApp unfolded, the Enforcement Directorate also sounded that there were discrepancies over Sushant’s actress girlfriend Rhea Chakraborty’s responses on financial issues with what the agency found on record.

Way back in November 2019, Sushant’s father KK Singh had expressed concern over his inability to ascertain what Sushant was faced with and had pleaded with Rhea, on a WhatsApp communication to intimate him with precise details about Sushant. It was revealed to the media that the anxious father had also sent a WhatsApp message to his son’s former manager Shruti Modi seeking details about the loans Sushant was burdened with. The message ended with KK Singh asking for a flight ticket to arrive in Mumbai. In both the instances, Sushant’s father did not receive any response. The father’s plea was met with a muted silence.

Taking the saga to the current happenings, the Enforcement Directorate (ED) is querying the actress on her income and investments between the previous two financial years (2017-18 and 2018-19). The ED also grilled Rhea’s father Indrajit and her brother Showik for over nine hours on Monday. In addition, the statement of Sushant’s flatmate Siddharth Pithani, ex-manager Shruti Modi and CA Ritesh Shah were also elicited by the agency.

According to ED sources, the actress claimed that her gross income in the years being probed was to the tune of Rs. 18 lakhs. The sources in the agency further revealed that in 2018 the value of her fixed assets stood at Rs. 96,000. In the subsequent year (2019) the value shot up to Rs. 9 lakhs. Interestingly, the records also showed that her income for the period 2017-18 had not crossed the Rs. 18 lakhs mark whereas the actress was shown to be a shareholder in some companies that were jointly held along with Sushant and the contribution to the investments made from her side stood at Rs. 34 lakhs. In the subsequent year, her investment in the firm shot up to Rs. 42 lakhs.

In addition, the records examined by the ED revealed that the actress was operating two fixed deposits and the deposits in the FDs were much higher than her known source of income. The actress was also unable to prove her contention that she funded the flat she purchased in 2018 by making a down payment of Rs. 25 lakhs with the money she earned from films and other entertainment portfolios.