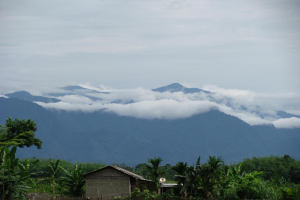 Dehradun: The Great Assam Earthquake of 1950, with a magnitude of 8.6 on the Richter Scale,  is the largest intra-continental earthquake ever recorded, which was located at the India-China border near the Mishmi Hills of Arunachal Himalaya.

The north-eastern fringe of the Indian Plate in the Eastern Himalaya has been found to be seismically active up to about 40 km depth, while the seismicity in the Indo-Burma Ranges (IBR) is observed up to a depth of around 200 km.

They have suggested that this seismic structure forms complex tectonics which produced the great Assam earthquake and maybe building up stress for a future earthquake.

The Eastern Himalayan Syntaxis (EHS) in Arunachal Pradesh and bordering regions of Assam is acknowledged as one of the most seismically active regions in the world. The northeast corner of the Indian Plate in the EHS belongs to the seismic zone V of the national zoning map of India and does have the potential to trigger major earthquakes in the future.

In contrast to several studies carried out in the EHS and adjoining SE Tibetan plateau, extremely less studies have been done in the north-eastern fringe of the Indian Plate in the Eastern Himalayan Syntaxis (Tidding-Tuting Suture, TTSZ) for understanding seismogenesis and its tectonic linkage. After the 1950 great Assam earthquake, the region between the upper Assam and the Mishmi Block is not producing any large earthquakes and is considered as a seismic gap region. A previous study has suggested a locked zone in the Mishmi Thrust (MT) zone, which may suggest building up of stress for a future earthquake.

Moderate magnitude earthquakes in the region are rarely reported by global seismological networks. To obtain information of moderate and microearthquakes, the Wadia Institute of Himalayan Geology, Dehradun, an autonomous institute of the Department of Science and Technology, established 11 broadband seismological stations in the Lohit Valley and 8 stations in the Siang Window of Arunachal Himalaya.

A study conducted by a team led by Dr Devajit Hazarika from Wadia Institute of Himalayan Geology with the help of Micro and moderate magnitude earthquakes in the region, recorded at the local seismological stations emphasized the overall seismicity pattern in the EHS and adjoined Indo-Burma Ranges (IBR) with special emphasis on the seismotectonic of the Lohit Valley region.

The study published in Tectonophysics Journal reveals that the TTSZ is seismically active up to around 40 km depth. In contrast, the seismicity in the Indo-Burma Ranges (IBR) is observed up to a depth of around 200 km suggesting the active subduction process of the Indian plate beneath the IBR. It suggests that the IBR is more susceptible to deeper earthquakes, while crustal-scale earthquakes are more likely to occur in the TTSZ.

This research suggests that the subduction process terminates north of around 270 N Latitude and the indentation process of the rigid Indian plate into south-east Asia predominantly controls the seismicity north of the IBR.

The results reveal that the closely spaced Mishmi, Tidding, and Lohit faults along the Lohit and Dibang River Valleys of eastern Arunachal Pradesh are steeply dipping thrust sheets that accommodate the large crustal shortening owing to the indentation process and clockwise rotation tectonics. The Walong fault, in the upper part of the Lohit River Valley of Arunachal Pradesh, is characterized by strike-slip motion with a thrust component that facilitates the clock-wise rotation of crustal material around the syntaxis. Significant strain partitioning is anticipated from the variation of pressure (P) axes orientations indicating the effect of complex syntaxial tectonics.