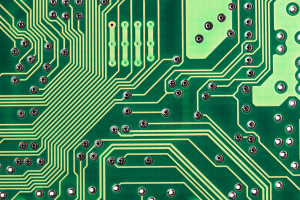 Since I joined the industry after my Master’s in Applied Statistics from the University of Guelph, Ontario, Canada, there are many changes and transformations that the Indian and global IT and software industries have undergone.

When I joined the industry, I worked on cutting edge technology such as ‘Expert Systems’ in the late 80s known as Artificial Intelligence (AI) and Machine Learning (ML) now. Subsequently, I dealt with the state of the art banking systems. This led to my getting engaged in leading large teams that developed software for banking as well as finance. My next leap was to manage large software companies in retail systems, Enterprise Resource Planning (ERP) systems besides manufacturing systems.

Today  I would say that there would be more and more cloud applications with Artificial Intelligence/Machine Learning (AI/ML) capabilities built-in. Lots of analytics capabilities and ad-hoc reporting features would be added to existing software. A lot of functions in the industry would be automated to a large extent leaving humans to create such features and analyze the results for decision making. There may still be a lot of jobs in AI / ML / Analytics / Business intelligence / Big Data – mainly to extract meaningful data from a mountain of corporate data that is available.

Many start-up ventures in India are today also keen on providing IT solutions. Undoubtedly, these start-ups are the sources of innovation and possible disruptions in the industry. This is a healthy phenomenon for the economy as a whole. Most of the start-ups provide enablement of industry processes through IT solutions such as the food delivery aggregators, cab aggregators, etc. In the long run, the big players will benefit from the start-ups in terms of innovations and make them better than before. One of the ways to grow for the big players would be via inorganic growth – acquisitions. A similar phenomenon could happen with small and medium-sized competitors.

The business of software services began in the early 60s or even before. Then the purpose was to automate repetitive tasks such as calculating the salaries of individuals, etc. This gradually gave rise to the need for ‘intelligent’ programs to handle heavy computational requirements such as simulations and the like that would take hours or even days to calculate by humans. Thereafter, there were software programs that would reside on a desktop (client-server) and quickly perform the required tasks. Client-server applications had the issue of keeping the programs updated at any given time – tedious if the organizations are large, room for missing certain desktops, etc.

Currently, global software is increasingly moving to the cloud to support the ‘anytime anywhere’ concept. Decreasing margins could be handled by software firms by specializing in a few verticals instead of many. This way the industry will over time recognize the software firm as an ‘expert’ in a few areas demanding good rates and hence increased margins.

*Viren S Sashital is an IT industry veteran and has been an integral part of senior management in IT solution firms. His last stint before retirement was as Vice President (Delivery) of the Pune division of Synoptek India Pvt Ltd.