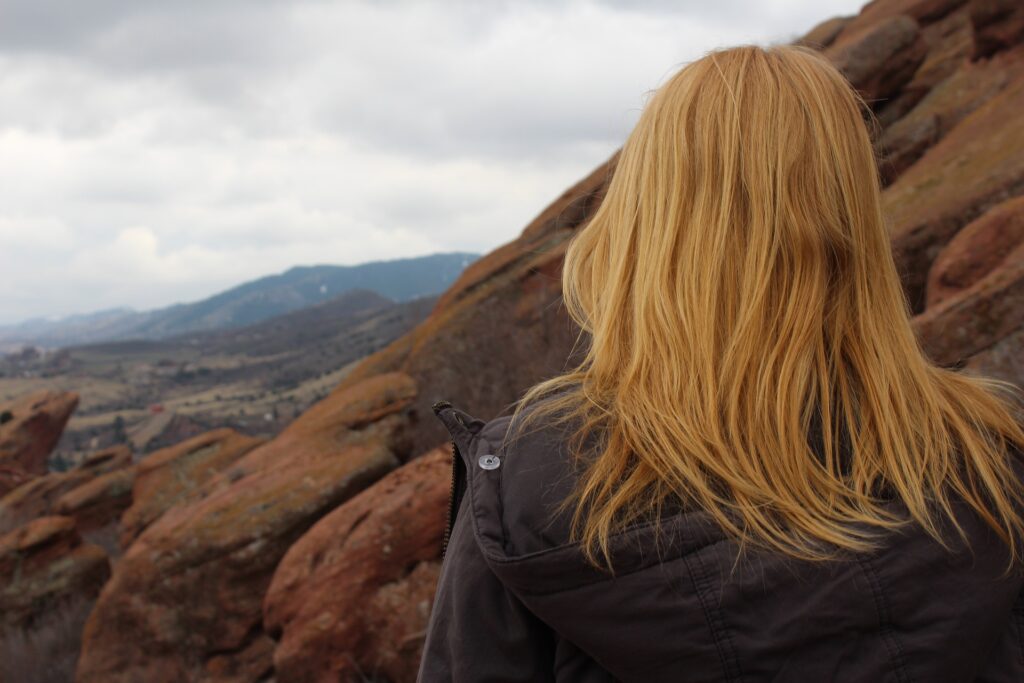 More than 50 per cent of women in mountainous regions perform agricultural activities. They are generally the ones managing the natural resources on which they depend and providing for the household diet. Women and girls are the keepers and disseminators of local traditions and cultures.

At 4 200 metres elevation, Karen Martinez lives with her grandmother high in the Argentinian Andes. The owner of 250 llamas, 100 sheep and 17 goats, Karen is a herder by trade, but it is an internet connection she dreams of. She wishes to be able to study online without leaving her home in the mountains.

“It has been difficult to study as we don’t have Internet; however, I don’t want to leave here,” discloses 24-year-old Karen.

For many cultures, mountains recall spirituality and the divine. With majestic peaks piercing clouds and touching the sky, it is easy to make a connection between mountains and a higher power. For the millions of people around the world who amble through their forests or scale their summits, there is perhaps also an element of that, seeking a restorative force in being elevated from the land and surrounded by nature. For the people who live yearlong in the mountains, however, daily thoughts often veer to the more practical: an internet connection for example. Distant from contemplating the divine, mountain living is often a struggle with the everyday!

“I would like the water supply for my house to be improved because in the winter the water freezes and we must carry a larger amount of water for use in the house,” explains Karen.

It is the daily struggle to meet basic needs and the lack of opportunity that leads so many people, especially youth, to move away from the mountains to study or work elsewhere.

“Here in the village, there is no one who stays in the countryside – there are only older people,” she describes.

Men in particular tend to migrate away from their mountain communities with women often the ones who stay to manage their households and communities. At the same time, women in these societies generally do not have the same legal status, decision-making power or access to training, services and resources. They have taken on the tasks formerly done by men, but without the backing that their male counterparts have.

Women face discrimination in some form or other in many walks of life, and mountain women are particularly at risk when men emigrate in search of work.

This means women are often the primary managers of mountain resources, as well as guardians of biodiversity, keepers of traditional knowledge, custodians of local culture and experts in traditional medicine. It also means that they face a number of additional constraints. On top of lacking access to credit, land ownership, markets, training and digital access, they are even more exposed to the negative impacts of the climate crisis and biodiversity loss.

They are also more vulnerable to food insecurity in some mountain societies due to discriminatory socio-cultural gender norms and stereotypes. Women also tend to struggle to make a regular income of their own.

Moreover, women in mountain regions can also be victims of gender-based discrimination in many sociocultural environments and work sectors traditionally dominated by men.

However, of late, increasingly, mountain tourism has offered valuable opportunities for women. Traditionally these jobs are held by men in many countries. However, more and more women are becoming trekking or mountain guides, rock climbing instructors or guesthouse keepers.

Muna Gurung is one woman in Nepal who became a mountain guide despite resistance from her family and society.

Muna was ushered into a traditional life at an early age. Married at 14 and with a daughter at 15, she still persisted in finding a career of her own. “I really wanted to become a trekking guide, as I had never seen a woman guide before…. My mother did not want me to go and work there,” explains Muna.

After a 6-month training programme with the non-profit, Empowering Women of Nepal and the 3 Sisters Adventure Trekking agency, they offered Muna a job, and she has now been working as a guide for 17 years. She travels internationally to climb and has received international recognition.

Asha Maliki is another woman trekking guide who has forged her way in this field despite discrimination, resentment and sexual harassment.

“The men on the mountain are the biggest difficulty. Women are never allowed to rise above men or be their counterparts. We are always taught, told and expected to stay beneath men,” she describes.

She has climbed the Umbwe route on Mount Kilimanjaro five times but still faces criticism and harassment by other male guides or by tourists themselves.

Asha would like to start a cooperative where mountain women can save their money and support each other financially and socially.

Supporting the women who support mountains

The Mountain Partnership Secretariat, hosted by FAO, works on behalf of the women and men who live in mountain communities, safeguarding biodiversity and other precious mountain resources. By advocating for governments and intergovernmental organizations to include gender considerations into their policies and projects and calling for data to be disaggregated by sex, the Mountain Partnership is working to make development activities in mountains more equitable and inclusive. This means ensuring that women have better access to land tenure, training and financial resources.

The Mountain Partnership is also working to wield the opportunities that tourism and local unique products, such as textiles and organic foods, can offer smallholder mountain producers. The Italy-funded Mountain Partnership Products (MPP) Initiative provides technical and financial support to smallholder mountain producers from developing countries, largely focusing on women, to create enterprises, enhance their marketing skills and boost their livelihoods by improving the value chains of mountain products.

Women are the frontline for conserving mountain biodiversity, cultures and traditions. By promoting community-led projects and tourism for livelihood development, the Mountain Partnership is working toward achieving legal, economic and social equality for women, FAO stated.

The role of women in conserving natural resources, promoting cultural heritage and supporting local economies is fundamental. In these ways and so many more, women really do move mountains.

*The interviews in this story and in the related report were carried out by the Mountain Women of the World network, which aims to develop a transnational community of mountain women to protect mountains. Their objective is to narrate mountaineering as a shared experience that strengthens women’s collective power, care and solidarity, to build humility, resilience and reciprocity with Mother Earth.