Geneva: World Health Organization Director-General Dr Tedros Adhanom Ghebreyesus today said that he was concerned by the scale and spread of the Monkeypox virus.

He disclosed at a press conference that across the world, there have now been more than 6000 cases recorded in 58 countries.  “Testing remains a challenge and it’s highly probable that there are a significant number of cases not being picked up,” he said.

Europe is the current epicentre of the outbreak, recording more than 80 per cent of cases globally.  In Africa, cases are appearing in countries not previously affected and record numbers are being recorded in places which have previous experience with monkeypox.

“My teams are following the data closely, I plan to reconvene the Emergency Committee so they are updated on the current epidemiology and evolution of the outbreak and implementation of counter measures. I will bring them together during the week of 18 July or sooner if needed,” he said.

WHO is working with countries and vaccine manufacturers to coordinate the sharing of vaccines, which are currently scarce and need to be accessible to the most at-risk people. It is also working closely with civil society and the LGBTIQ+ community, especially to break the stigma around the virus and spread information so people can protect themselves.

“I want to particularly commend those that are sharing videos online via social media channels talking about their symptoms and experiences with monkeypox. This is a positive way to break down the stigma about a virus that can affect anyone,” he said. 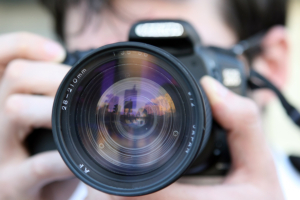