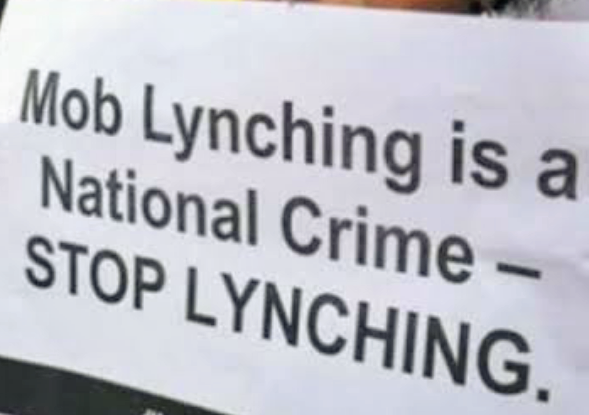 Bhagalpur: There seems no end to incidents of lynching in Bihar as a person on charge of being a child lifter was beaten to death at Manmauthachak village under Jagdishpur police station area in the district on Sunday.

Bhagalpur senior police superintendent Ashish Bharti said here that the deceased was identified as Mohammed Afsar Ansari (36) and was earning his livelihood by working as a labourer in Banka. He said people caught him and started thrashing him with wooden sticks by accusing him of being a child lifter. The labourer was going to his native Meerachak village under Jagdishpur police station area when he ran out of luck and earned wrath of the mob for his no fault. Police rushed to the spot on the receipt of information about the incident and took the deceased`s body into possession.

SSP said that the deceased`s family members registered an FIR against fived named accused and some unknown accused. Police arrested four accused Kundan Yadav, Mohan Rai, Kartik Rai and Pappu Rai. A massive manhunt was on to nab other accused.

Meanwhile, additional police personnel under the supervision of magistrates were deployed at both villages to main peace and harmony.

Bihar has witnessed a rise in the number of mob attacks and lynchings, with at least 40 such cases being registered just in the last three months. Around 20 people lost their lives and several others injured as number of these cases were based on rumours of child-lifting.

Taking serious note of growing incidents of mob lynching, state government has made it clear that those accused in lynching cases be disqualified for government jobs. If they are already in government jobs, they will be removed.

Police in their defence said that in recent cases, over 2,000 unknown people have been booked but despite several warnings, people continued to take law in their hands because of unfounded rumours,