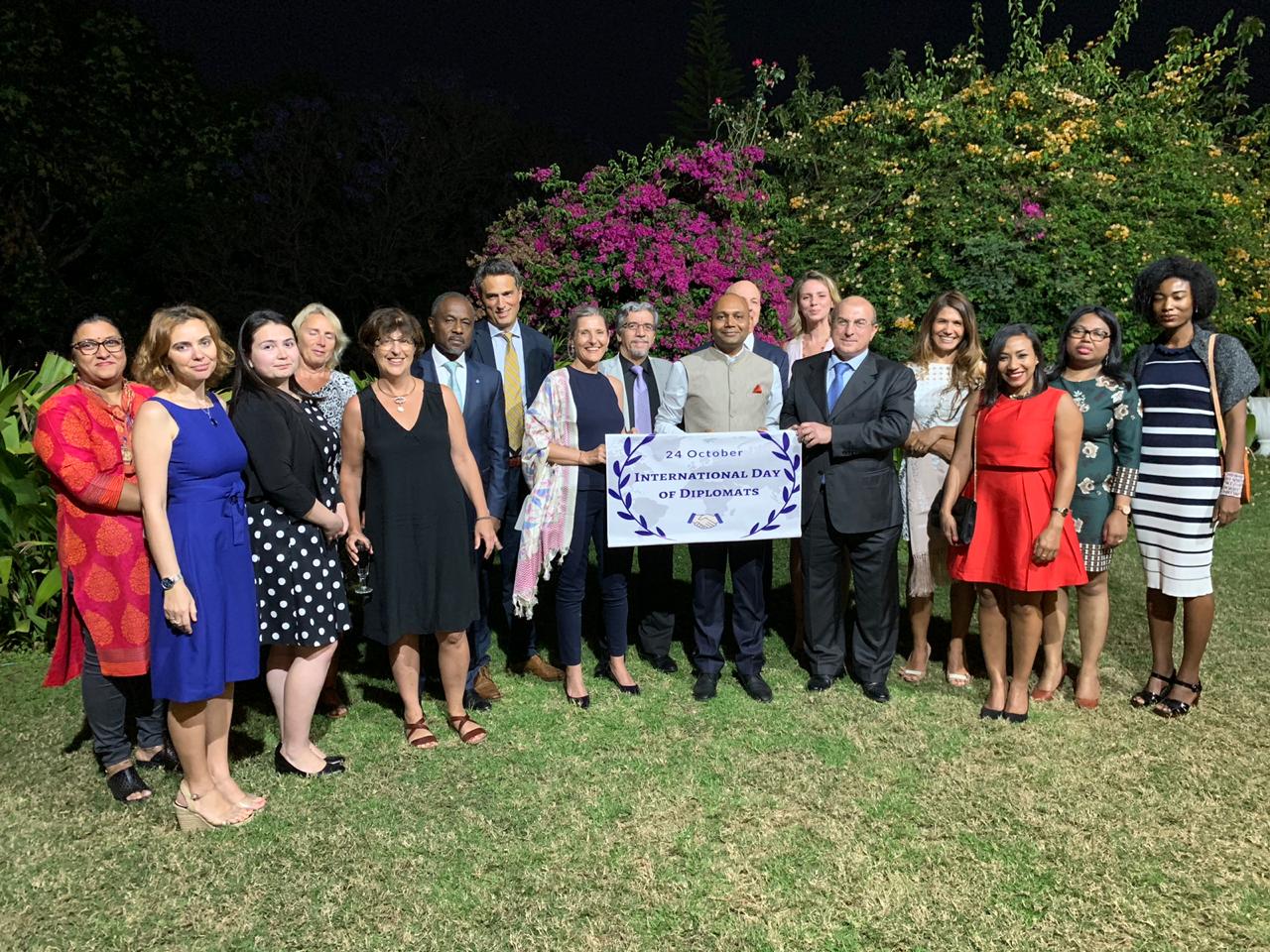 Antananarivo: The third International Day of Diplomats was celebrated in Madagascar’s capital Antananarivo with the participation of the Ambassadors of the United States, European Union, African Union, India, South Korea, Algeria, Turkey, the Charge de Affaires of Russia, Egypt and diplomats of the Vatican, Switzerland among other countries.

The celebration of International Day of Diplomats was started in Brasilia in 2017 by Indian diplomat Abhay K. and since then it has gone from strength to strength. Shashi Tharoor, who is a former UN diplomat himself tweeted on this occasion congratulating diplomats all over the world—“Today, October 24, is #UnitedNationsDay. But did you know that, thanks to @theabhayk, it is also celebrated as the International Day of Diplomats? My congratulations to all diplomats around the world for their services to international relations. “ Brazilian actress Izabelle Leite who has played some lead roles in the Bollywood films also congratulated diplomats through a tweet—“Today is the international day of Diplomats. I extremely admire this profession . In fact it was my childhood dream to study international relations and become a diplomat. May this day bring you a lot of joy to be representing your country overseas. ✨??✨ #diplomatsday”

Diplomats have to face many hardships during their assignments abroad including dislocation, cultural shock, language barriers, children’s education, lack of employment opportunities for their spouses, not being able to take care of parents, being far away and absent if one of the parents dies among others. The day tries to create awareness about the difficult conditions under which a diplomat has to work and create appreciation for their hard work among common people.