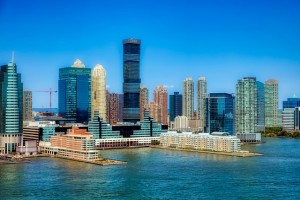 “Grief is a lonely and confusing experience, even in less troubled times. But in the current season, death has been turned inside out; the bodies are crowding together at makeshift morgues, and the bereaved are left isolated in a tomb of loss”, says Belinda Luscombe writing on ‘Grief During Caronavirus’ in the April 27, 2020 issue of Time magazine aptly titled, Finding Hope.

Belinda recreates the pathos of a New Jersey home in America where a son is unable to hug his infected mother on the virus – induced death of  his father. ”Corona has taken away thousands of years of traditions for dealing with death- the hug and the touch”, Belinda quotes the bereaved son as saying.

I am in the same New Jersey, locked down with a loving daughter and our dotting family. A journalist from Ahmedabad in India, I watch from the secure comfort of a secluded home as morbidity clouds the air . More than death, it is fear of death that rules life. A sneeze scares and touch is taboo  From a distance, I too have watched a dear one corrode to an untimely end and be denied the respect of collective grieving. Countless have borne the brunt. More are in a queue, waiting.

Life is benevolent when it gives but brutal when it takes.

On the shifting sands of time, the footprints of man are but a passing phase. They last for just so long and no more before the cyclical order of nature sets in motion its own perpetuity. The frosty cold of winter must yield to the warmth of  summer and the chirp must perforce return to the chill. Love suffuses into  joy  as the new-born wails his arrival and gives way to tears when the same kindred spirit sails after an eventful journey.

As is often said, grief  never ends.. but it changes. It’s a passage, not a place. Grief is not a sign of weakness nor a lack of faith. It is the price we pay for love. Where there is deep grief there was great love.

Even when living them, moments  acquire a machine like momentum of their own, adding into minutes, hours, years, decades until suddenly the clock stops and man becomes a memory.

When ‘is’ becomes ’was’  does one look back to feel the enormity of the change. The ever present sights and sounds have slipped away from before the eyes to the mind and physical form is now mere mental images. No wonder there are these finite divisions of past, present and future though the crowning irony is that there is no future, only a present which melts into yesterdays leaving all that is unknown to be bunched together to give hope in a name. The future.

The human of the species-both man and woman-  live to die and die to live. Brought together by fear, fervor or pure happenstance. Two people  with a genetic  baggage of  suffused legacies that can be traced back to the evolution of the race come together to forge a family of their own. They themselves are the sieved results of endless combinations and permutations but sail forth to create a personal bubble . And thus is formed a world of living beings, laughing, crying and merrily multiplying. Of brittle bonds that seek permanence in a transient world and elastic ambitions that want to scale a wall of flowing water in paper boats.

A mind may be constricted by the palpitations of the heart to function within a flesh and blood frame but its flight is limitless, as it cruises  between the terrestrial  and the celestial  with equal ease while shut in cramped quarters. And this is where all journeys begin.

The voyage into the unknown starts when spawning loins seed and the warmth of a womb nourishes life through feelings to form. It is a hand  and it’s hold that defines every phase. The soft reassuring touch to helpless infancy  gives way  to  the supportive finger stretched to a dependent child, in turn yielding to the assisting arm of blooming teenage and therefrom the firm clasp of an equal  being who now ventures forth in search of his own buttered bread.

Philosophers and fabians alike have long held that there is no pot of gold at the end of the rainbow, the fun of life lies in the journey. And as all journeys begin with a single step, it is our dreams which propel each one of us in our travels. These figments of our imagination  grow along with us, acquiring concrete shape and ultimately define our lives.

This kernel or core is part inherited, part forged. When two people come together to raise a family, they bring to their new entity the best ‘practices’ of their respective upbringings, these are then merged together through an evolutionary process to form a new core and then imbibed into their own family ethos.

Every journey is a store house of personal memories, a vault of vignettes amassed over a lifetime, of distilled values, of bonds made or marred, of moments cherished or charred .-a monolith under constant sculpting like a rock in a fast flowing river evolving new forms, even breakaway sculptures of its own…..

Thus it is that for every sun heading to its zenith, there is a corresponding shadow lengthening on the lawns of life. If zenith has a nadir, tides flow and ebb , the moon waxes and wanes so should the vainglorious walk of ageing shoulders turn wobbly for hand-holding roles to reverse….. as life withers on the road  to final redemption.

But no one ever dies…they  live on…in those they sired. And not just amongst the gene-bound, blood- linked replicas , but  also in bits and pieces of themselves passed onto peers and proteges, dears and darlings…a myriad monuments strewn across a lifetime…

“Don’t think of him as gone away-his journey has just begun,
Life holds many facets, the earth is only one.
Just think of him as resting, from the sorrows and the tears,
In a place of warmth and comfort, where there are no days or years.
Think how he must be wishing, that we could know today,
How nothing but our sadness, can really pass away.
And think of him as living, in the hearts of those he touched.
For nothing loved is ever lost. and he was loved so much.”