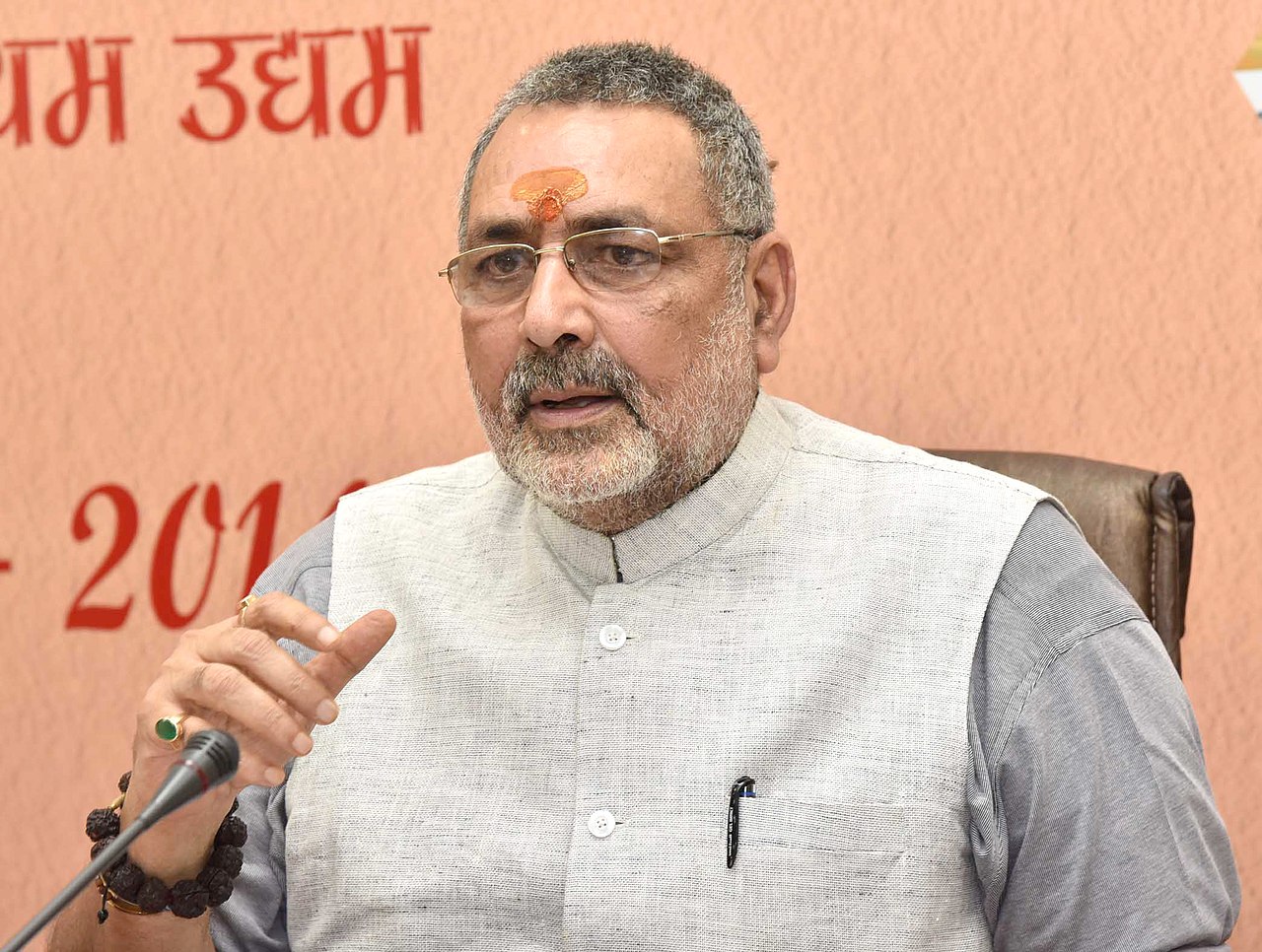 “Giriraj Singh should be reined in immediately as was done in the past. Giriraj Singh’s statements are more acerbic than those of leader of opposition Tejashwi Yadav”, he added.

The JD (U) has seemingly decided to go all out against Singh, in the process underlining the ever growing chasm between the two allies. The party spokesperson Sanjay Singh too reportedly said today that “Giriraj Singh can’t even compare to a speck of dust on Nitish Kumar’s feet. One does not become a leader just by chanting the name of Mahadev (Lord Shiva) every now and then”.

Now, it would be interesting to see if Giriraj Singh controls himself while making statements on Nitish Kumar.

If he continues to use harsh language against Nitish Kumar despite JD (U)’s request to BJP’s top brass,  RJD led grand alliance is likely to intensify its attack on NDA trying to create impression that Giriraj Singh had launched his offensive against Nitish after getting covert support from Narendra Modi as well as Amit Shah.

Irrepressible Giriraj Singh by attacking Nitish Kumar earlier in the day tweeted, “The Durga Puja fair has started from today. I apologise on behalf of Bihar NDA to those Sanatanis where Puja Pandals and fair have not been organised due to floods”.

Giriraj Singh’s tweet is also viewed as his attempt to project himself as Bihar NDA leader at a time when JD (U) has emphatically ruled out any possibility of compromise on the issue of leadership of Nitish Kumar.