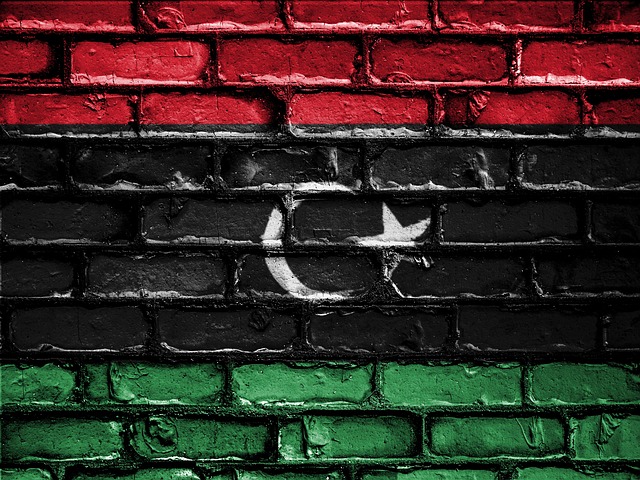 New York: United Nations Secretary-General António Guterres has warned the Security Council that time was “not on our side” in Libya where the conflict entered a new phase with foreign interference reaching “unprecedented levels, including in the delivery of sophisticated equipment and the number of mercenaries involved in the fighting”.

Ever since the fall of dictator Colonal Muammar Gaddafi in 2011 after a NATO-led bombing campaign, successive administrations failed to control the country’s many militias, which wield the real power in the country. Violence escalated in 2014, and after disputed elections that year two governments have since been fighting to take control of Libya.

The Tripoli-based Government of National Accord (GNA), led by Prime Minister Fayez al-Sarraj, is recognized by the United Nations and backed by USA, Turkey, Qatar, Italy and a host of militias. The rival administration in the country’s east is allied with General Khalifa Haftar, who commands the Libyan National Army (LNA), and enjoys the support of Egypt, the United Arab Emirates (UAE), Russia, Saudi Arabia, Jordan and France.

In the latest military activities in southern Tripoli and Tarhouna, almost 30,000 people have been forced to flee their homes, and the number of internally displaced people in Libya has gone beyond 400,000. Government of National Accord units, with significant external support, have continued their advance eastward, and are now 25 kilometres west of Sirte, after two previous attempts to gain control of the city.

When the so called Libyan National Army forces and associated mercenaries withdrew from Tripoli’s southern suburbs, they were reported to have planted improvised explosive devices and land mines, which injured and killed civilians seeking to return to their homes, as well as humanitarian non-governmental organization personnel tasked with clearing these deadly devices.

In Tarhouna, after the Government of National Accord retook control of the place, numerous mass graves were discovered. On 19 June, the United Nations responded to the written request from Prime Minister Serraj to support the investigation into the mass graves.  “The United Nations stands ready to advise on the conduct of investigations, the securing of mass graves and national mechanisms to assist victims,” Guterres said.

On Wednesday, Guterres told the Security Council open video-teleconference meeting on the situation in Libya that “we are very concerned about the alarming military build-up around the city, and the high-level of direct foreign interference in the conflict in violation of the United Nations arms embargo, United Nations Security Council resolutions, and the commitments made by Member States in Berlin”. He pointed out that in addition, on Sunday, July 5, unidentified air force planes had launched an attack on Al-Wutiya airbase.

As tensions simmer in central Libya, the United Nations continues to engage with the parties to prevent the conflict from spreading to Libya’s Oil Crescent region, from which the country derives 60 per cent of its oil resources.  The current blockade has already cost over $6 billion in lost revenues, damaged oil infrastructure and created the conditions for an historically high budget deficit of over 50 per cent of Libya’s gross domestic product (GDP).

“In this “gloomy context, all opportunities to unblock the political stalemate must be seized,” Guterres said and referred to the de-escalation efforts, including the creation of a possible demilitarized zone, were being undertaken by United Nations Support Mission In Libya (UNSMIL) to reach a negotiated solution and spare lives.

Of late though, the political situation in eastern Libya has registered some movements indicating renewed support for a political solution to the conflict, as seen in the 23 May initiative by the Speaker of the House of Representatives and the 6 June Cairo Declaration.  The Government of National Accord has also been calling for national elections as a solution to the crisis.  Similarly, recent developments on the ground has yielded both parties’ agreement to reconvene the 5+5 Joint Military Commission to continue discussions on the draft ceasefire agreement tabled by the UNSMIL in Geneva in February.

However, Guterres observed that these openings “are fragile given that parties’ positions continue to be determined by military developments and support from external backers”.

He has a point. A year ago, last week, on July 2, an air strike on the Tajoura Detention Centre killed at least 52 migrants and injured 87 others.  Since then, migrants and asylum seekers in Libya continue to be routinely subjected to arbitrary detention, torture, sexual violence, abduction for ransom, forced labour and unlawful killings.

Guterres expressed his deep concerns about the risks faced by migrants, refugees and asylum-seekers who continue to attempt to cross the Mediterranean.  In 2020, more than 5,000 refugees and migrants had thus far been intercepted or rescued at sea and returned to Libya.  Many of those intercepted have been detained, with an estimated 2,100 migrants and refugees remaining in official detention centres, in some circumstances in appalling conditions.

“Authorities must urgently strengthen efforts towards finding alternatives to detention in Libya and more sustainable solutions for vulnerable migrants and refugees.,” Guterres said. He welcomed the decision by the Human Rights Council to establish an international fact-finding mission to Libya to look into human rights violations since the beginning of 2016 and promote accountability.  He also took note of the International Criminal Court’s announcement that it would not hesitate to investigate possible war crimes and crimes against humanity.

Of late even the COVID-19 pandemic is a cause of growing concern in Libya. While in June alone, confirmed cases grew by seven-fold, in face of acute shortages of testing kits, the true scale of the pandemic in Libya is expected to be much higher.

At present as talks are still on between all concerned parties to strike peace in the country,  Guterres informed that these discussions focus on areas of convergence, including:  the departure of foreign mercenaries; solid counter-terrorism cooperation between military and security institutions across the country; disarmament and demobilization of armed groups throughout Libya; and modalities for a possible ceasefire mechanism that would reflect the new reality on the ground.

The Secretary-General asserted that the UN would continue working with the parties to reach a ceasefire and resume a political process.  “In recent days, through a telephone conversation I initiated with Prime Minister Serraj and a call I received from Field Marshal Haftar, I made a strong appeal for both to engage fully in ensuring an effective ceasefire and move swiftly in advancing the political process,” he disclosed, and informed that the political, security and economic working groups were all operational and were contributing to UNSMIL’s ongoing efforts for a facilitation of the Libyan-led and Libyan-owned dialogue.

He further informed that with the support of Member States, the Mission had undertaken mediation aimed at lifting the oil blockade, in place since January, in order to spare this vitally important area from the full spectre of armed conflict and to alleviate economic hardship compounded by the conflict and COVID-19.

“Two days ago, the Economic Working Group comprising the Berlin Conference participants held a virtual meeting with the Chairman of the National Oil Corporation and issued a joint statement supporting the National Oil Corporation, as it resumes oil production across Libya. The National Oil Corporation has declared today its intention to lift force majeure on the eastern port of El Sider to allow a tanker to on-load crude oil now in storage.  It has further called for the immediate departure of all armed groups from the Libyan oil facilities.  I am confident that the Council will continue to support efforts aimed at lifting the oil blockade for the benefit of Libyan people. In order to improve the transparent allocation of the country’s abundant resources, UNSMIL has worked tirelessly towards conducting an international audit of the two branches of the Central Bank of Libya,” he said.

Yet, he regretted that “unfortunately, this audit has not achieved the envisaged progress due to the obstruction by several key national officials”.  According to him, this was occurring despite Libya’s own judicial authorities having deemed the audit legal in June of this year.  “I call on the Security Council to make full use of the necessary measures to ensure that this essential exercise is initiated as soon as possible.,” he said and added that UNSMIL would remain on the ground in Libya despite the difficult circumstances. “The designation of a new Special Representative will greatly facilitate the Missions’ efforts and I count on the Security Council in expediting the process,” he said.