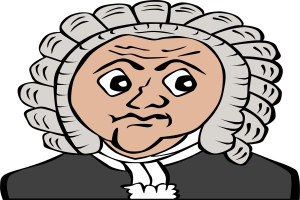 The 1973 case of Kesavanand Bharti versus the State of Kerala is undoubtedly one of the golden chapters of the Indian judiciary.

While arguing before the thirteen judges bench, constituted for the first time by the apex court, in this famous case, the great Constitutional jurist the amicus curie of that case, (late) Nani A Palkhivala,  interpreted the Constitutional sanctity in the event of its basic structure being brought within the ambit of legislative changes.

It was a historic case on the matter pertaining to whether the basic structure of the Constitution was amenable to change or not.
Kesavananda Bharati was seeking the enforcement of certain fundamental rights which the state was not prepared to concede.

This necessitated the government of Indira Gandhi ruling the nation then, to amend the basic structure of the Indian Constitution. This was the crucial issue which was brought before the apex court for a hearing on the quintessence of the basic structure of the Indian Constitution. Whether it was subject to amendment or not, was the matter to be adjudicated by the court.  The judgment of the case was delivered in April 1973.

Such was the potent force of the poignancy of the argument that, out of the thirteen judges bench, seven upheld the contention of the great jurist, resulting in the majority verdict going in favour of Palkhivala. The apex court not only ruled out changing the basic structure of the Constitution as null and void; it also strengthened the roots of the Indian Constitution.

Significantly, the then Prime Minister Indira Gandhi had left no stone unturned in her endeavours to turn the judgement of the Kesavanand Bharati case in her favour. In We the People, Palkhivala wrote how judges were offered blandishment to defeat the spirit of the law which, he felt, could not be made feasible because of the strongly upright judges like Justice Hans Raj Khanna who stubbornly refused to budge from his principle of upholding the majesty of law, apart from other morally elevated judges. Unequivocally, these judges who stood by their principles and never allowed their scruples to be infringed were highly inspired by the lofty vision of judges as human sentries to ensure that the transgression of the law is prevented at all costs. In fact, the majesticity of law shuns any form of discrimination between two individuals. Lord Denning’s famous quote, “Be you however so high, the law is still above you”, applied in letter and spirit in the Kesavananda Bharati case, where the mighty powerful prime minister had sought to browbeat the judiciary into submission. Judges like Justice Khanna stood in a robust defence of the doctrine of Lord Denning to convey to Indira Gandhi in black and white, ‘”Your all might still dwarfs when it came to the majesticity of law which is still above you”.

The famous story Panch Parmeshwar, penned by Munshi Premchand, had ingrained moral attached to it: how Jumman Mian, a close friend of Algu Choudhary, rejoiced inwardly when his adversary had named him as the Panch (Judge) to adjudicate the matter between him and his aunt, where the latter had alleged that her nephew Jumman Mian, despite having committed to pay to her for maintenance, had breached his promise. Algu, soon after being anointed as Panch, forgot all about the friendship, and adjudicated the issue fairly and objectively, issuing the order to Jumman Mian to pay for his aunt’s maintenance. Jumman was stunned; almost gobsmacked, for the adjudication came to him as the bolt from blue. Unequivocally, he looked for an opportunity to teach a befitting lesson to his erstwhile friend turned enemy now. However, when the opportunity presented as such, Jumman Mian too, forgetting the fact that he had to settle a score with Algu, remarkably upheld the majesticity of law.

Panch or judge, the story vindicated, is the divine representative on earth and therefore the principles of jurisprudence are sacrosanct, for they see no friend or enemy, everyone is equal in the eye of the law.

The Constitution of India granted the judiciary the role of a watchdog of a democracy with a rider: whereas the duty of the judiciary was to uphold the majesticity of law, the Parliament was held to be sovereign, with the fullest authority to make laws. Incidentally, with the passage of decades, since independence, both the highest institutions of the nation let down the people -The dignity of parliament stood punctured with the deterioration of its standard of debate, the nature of the public representatives, many of whom are of criminal background. Judiciary too kept pace with parliament when it came to matching shoulder-to-shoulder with it in terms of debilitating the very sanctity of the institution. The unscrupulous collusion between judges and lawyers invariably results in the delay of adjudication of the cases. ‘Tarikh pe Tarikh‘, the famous dialogue of the Bollywood movie Damini, even though a celluloid story, highlights the unimpeachable truth.

Judiciary today has traversed a long distance from the days of Panch Parmeshwar to that of  ‘Tarikh pe Tarikh‘ where getting the right verdict is like winning an Olympic medal. Thus the dictum of ‘ justice delayed is justice denied’ articulated by justice K.V. Krishna Iyar, is now replaced by ‘justice in time is the travesty of justice itself’.

Will the new chief justice of the Supreme Court, Justice Dhananjay Y Chandrachud, be able to clean the Himalayan mess that the judiciary is in today? This is the million dollars question.

*Author, Academician and Public Intellectual. The views expressed are personal.