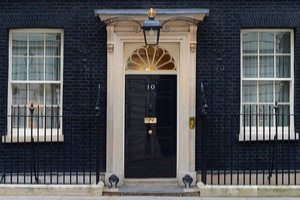 Elizabeth Truss is the new Prime Minister of Britain

Rishi Sunak who had raised hopes of an Indian origin person staking the claim of a first non-white Prime Minister for Britain lost by a mile to Elizabeth Truss mainly owing to a policy decision on tax reforms in the country in the face of mounting inflation. Truss was appointed Prime Minister today, September 6, 2022. She was previously Secretary of State for Foreign, Commonwealth and Development Affairs from September 15, 2021. Earlier, she was made a Minister for Women and Equalities on September 10, 2019. She was elected as the Conservative MP for southwest Norfolk in 2010.

While Truss was in favour of lowering taxes, Sunak’s call that taxes cannot be lowered till inflation is brought down did not find much favour among the Conservative party voters. Britain is faced with a serious double-digit inflation problem that needs urgent remedial action.

Besides the tax dilemma, Sunak was riding on a wave of unpopularity among the Tories, particularly the older leaders, for his being instrumental in the ouster of former Prime Minister Boris Johnson. Sunak’s resignation from the British cabinet along with another Tory figure Sajid Javid had triggered a spate of defections from the ruling Party and had brought down the Johnson government.

After the first round of polling that favoured Sunak, the subsequent rounds gave a major thrust to Truss and the exit polls predicted an overwhelming margin. Truss ended up getting 81,326 votes against Sunak’s 60,399.

Interestingly, Truss is known for taking diametrically opposite stands in her chequered career with the passage of time. At one point in time, she was known to be vociferous against the Brexit option. However, after the vote was cast in favour of Britain exiting the European Union, she turned into the loudest proponent of the move.  Today, immediately after accepting the Queen’s invitation to form a new government, she praised her predecessor Boris Johnson, saying he “delivered Brexit…History will see him as a hugely consequential Prime Minister”. Queen Elizabeth II today approved her appointments as Prime Minister, First Lord of the Treasury, Minister for the Civil Service, and Minister for the Union.

People close to Conservative members in Parliament also hinted that her promise to refrain from ushering in any new taxation norms is a difficult proposal by any yardstick. People are, however, waiting for clarity on how the energy crisis that cries for urgent support and intervention from the government will be handled. Truss today touched upon these issues: “I have a bold plan to grow the economy through tax cuts and reform. I will cut taxes to reward hard work and boost business-led growth and investment. I will drive reform in my mission to get the United Kingdom working, building, and growing. We will get spades in the ground to make sure people are not facing unaffordable energy bills and we will also make sure, that we are building hospitals, schools, roads, and broadband.”

An 80% spike in domestic energy bills is posing a serious financial crisis that might precipitate a 20% hike in inflation by the next quarter. “Britain’s exit from the EU has also contributed to this state of affairs and it is likely that we will be facing a prolonged recessionary trend with no relief forthcoming even in the distant future,” said an expert. Somewhat being used to a career of U-turns, it was noted that Truss who had begun her career with the Liberal Democrats defected to the Conservative Party after her graduation years.

Truss, having arrived at the scene will be under the scanner for her ability to cope with and negotiate the rough patch ahead for the country during the coming months owing to a severe economic crunch that includes massive job losses and industrial houses shutting down consequent to steeply spiralling energy bills.

She will be required to come out with a clear policy framework that provides adequate state aid to the reeling energy crisis. It’s not yet clear whether Britain will be faced with stringent measures like fuel rationing, though the incumbent Prime Minister has ruled negatively on such a move.