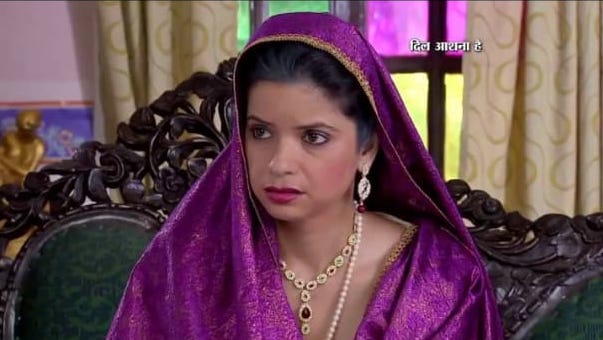 Νeelam Singh was born in a Sikh family from Baramulla in Kashmir. Today she is a television star known for her acting skills and calibre. Her first serial was Tavnich Duniya in the year 1999 at a very young age. She shined across scores of serials on Doordarshan and moved to Mumbai in the year 2014.  There has not been looking back for her ever since. Her roles in popular serials such as  Dil Sambhal Ja Zara on Star Plus, Mere Sai on Sony TV, Mere Hanikarak Biwi on &TV and Rakshabhandan on Dangal TV are well appreciated. Currently, her role in the teleserial Pushpa Impossible on Sony Sab TV is much liked by the viewers.

Neelam was the only artist from Kashmir selected for the Best Actress Award for the serial “Aach Dair” from the Jammu and Kashmir Academy of Art, Culture and language in the year 2013.

In the theatre world, she has shined as well and has acted in a number of theatre plays too. She participated in the famous Urdu Stage play “Jheel Bula Rahi Hai” – the first theatre festival held in Srinagar on July 24,  2005. Hers was the only play that got 4 awards from Doordarshan Srinagar.

In an exclusive interview with Global Bihari, she talks to Rameez Makhdoomi* about her career. Excerpts:

Question. How was it growing as a minority community girl in Kashmir?

Neelam Singh: Kashmir as a place had many unfortunate situations but overall the people of Kashmir are full of love,  and during my life, I was never discriminated against as being from another faith. The producers, artists and fellow actors gave me a lot of support during my stint. I was lucky we had during my starting days got a platform in form of a channel known as DD Kashir just launched those days and  I shined there in its serials as well as in DD Urdu.

Q. How many girls were there in the acting field when you entered this arena?

Neelam Singh: There were a lot of girls when I started acting. Kashmiri youth have a lot of appetite for acting and going big in the film and TV world. But then not many platforms and this act as a challenge to them.

Q. So how many could pursue their career in acting? Were they able to go ahead?

Neelam Singh: A majority of girls I knew quit acting for multiple reasons.  Some got overwhelmed with family responsibilities and some left due to their husbands working in foreign countries.

Q. Has the violent atmosphere of Kashmir impacted your career?

Neelam Singh: Yes the situation of the past 30 years has given rise to many tragedies in Kashmir despite it being one of the most beautiful places in the world. In my acting careerwise both in Kashmir as well as moving here in Mumbai to work for top TV channels of India I have encountered mostly love and support of people.

Q. Tell us about the early days of your life?

Neelam Singh: I was born in North Kashmir’s picturesque district of Baramulla in its main town. Till the 8th standard, I was there and later I started staying with my mother in Srinagar. There I completed my study, but in the meantime, I got the offer for serials when I was in school only, and I started acting too. That was the beginning Of my career.

Q. You started acting early, how was the balance struck with studies?

Neelam Singh: During my school time whenever I was on the shoot I was taking my books with me and made notes there in my free time.

Q. A bit about your recent big development in the TV industry?

Neelam Singh: As you know for the last 7 years I am based in Mumbai working for many mega satellite channels,   I am presently featuring in one of the popular TV shows in India, Pushpa Impossible. My character name is “Nilima” and I am one of the main characters in this show.  It is running show currently on Sony SAB TV. It is telecasted every Monday to Saturday.

Q. What roles do you love most?

Neelam Singh: The role I am playing as a woman who has dual shaped nature in Pushpa Impossible is among my favourites.  Looking much strong from the outside and in reality weak in my role as one of the leading characters  in “Pushpa Impossible” is my favourite. Plus in Sony TV Meri Sai last year when I played a negative role was among my favourites. Many had thought my personality won’t support a negative role but it went well. I love challenging roles.

Q. Importance of theatre for artists and actresses?

Neelam Singh: Any artist wanting to make a major mark in the acting world has to undertake the experience of theatre. Theatre is the real training ground for artists and I had a very successful experience in the world of theatre with one of the plays in which I played prominent roles bagging many awards.

Q. What are your future goals?

Neelam Singh: My goal in life is to be a successful human full of humanity and reach heights in the acting world as a top actress in the country.

Neelam Singh: The struggles and achievements of my life are my motivating points. My life is my role model.

Q. What struggles did you face initially? Can you elaborate?

Neelam Singh: Back in Kashmir there was practically no struggle at all as from first serial people had known me, so getting work in serials of DD Kashir was a cakewalk. But, yes when I shifted to Mumbai there was initially much struggle to find the actual work I aspired to. In Kashmir, I used to directly contact the producer, but here in Mumbai, you have to first contact the casting director. Another facet is you have to locate the good production houses, which initially took a lot of time and hard work.  Although through my professional, no-nonsense approach,  hard work and determination, I have been able to get good work on noted TV channels in the country.