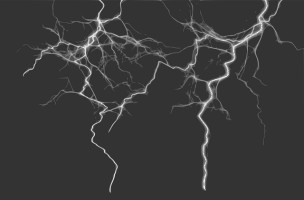 In neighbouring Uttar Pradesh too, lightning and rains killed at least 24 persons, nine of them in Deoria alone, while one death was reported in Kushinagar, one in Fatehpur, one in Unnao, 2 in Barabanki, 6 in Prayagraj, 3 in Ambedkar Nagar and one in Balrampur.

Bihar Chief Minister Nitish Kumar announced Rs 4 lakhs compensation each for the deceased and  Prime Minister  Narendra Modi also condoled the loss of lives due to heavy rain and lightning in several parts of the states of Bihar and UP.

Heavy rain with thunderstorms and lightning has lashed various parts of Bihar on Thursday. The Indian Meteorological Department (IMD) has predicted rough weather conditions for some areas of Bihar and Uttar Pradesh for Friday also and issued a red alert and warned of possible “severe flood” situation in some areas of Bihar.