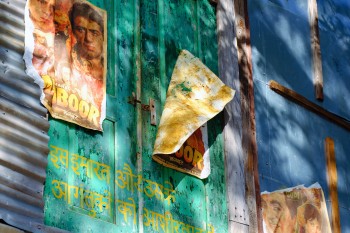 By Sarita Rautela and Ananya Sharma

Actor Sushant Singh Rajput’s suicide has not just shocked everybody, but the tragic incident has also now led to a war against nepotism. But is this just the tip of the iceberg?

This is not the first time that concerns are being raised against nepotism in the film industry. Yet, Sushant’s suicide has amply given rise not just to the ‘Outsiders” versus “Insiders” debate in the tinsel world, but also brought under scrutiny for the umpteenth time, the role of cartels and mafia in controlling Bollywood.

That Bollywood has lobbies that don’t allow outsiders, howsoever talented, an easy entry, is an age-old fact. Legends galore of the struggles of a few who could break the cartel and make a mark on their own. In recent times, one among them was Kangana Ranaut. Her picking up the fight with certain celebrities with deep roots in Bollywood is well chronicled. After Sushant’s death, the star was understandably vocal on her social media accounts. On her Instagram IGTV she uploaded two videos speaking about Sushant’s suicide. Soon these videos became viral. In one of her videos, she spoke about how Sushant used to beg people to watch his films. Not to say that she found much similarities between Sushant and herself as she went on to talk about how the films that she directed were never appreciated by the Bollywood insiders. In another video, she also opened up on how movie mafia made journalists write motivated articles against Sushant, and Kangana too!

Music industry playing “Shame and scandal in the family”

The sad and unfortunate suicide death of Sushant Singh Rajput has remotely triggered a vicious war of words between music moghul Sonu Nigam and Bhushan Kumar’s family camp. It’s however, nothing to do with the actor’s death or foul play as alleged by some quarters. It started off with Nigam making an allegation that the music industry is being run like a mafia.

In an Instagram post that contextually referred to Rajput’s compulsions to commit suicide, Nigam made an appeal to music companies to treat newcomers with empathy and kindness to avert such unfortunate incidents happening in the music industry. Without naming any person, Nigam alleged that the music industry was being run like a mafia outfit.

Monday morning however, cited an ominous side to Nigam’s cautionary note. Delivered in chaste Hindi, he addressed T-series honcho Bhushan Kumar, “I want to remind you of the times when you used to visit my house and plead with me to record an album in your name. You wanted to record “Deewana” and you also sought an introduction with Smita Thackeray and Bal Thackeray. You also pleaded with me to save you from the clutches of underworld don Abu Salem stating he was intimidating you with abusive phone calls.   I am reminding you of those times to caution you, please don’t mess with me. It’s a warning.”

Bhushan’s wife Divya Khosla Kumar termed Sonu Nigam an ingrate, stating, “It was T-series that had given him his major break in the music industry.” The response came out in a vitriolic video presentation. Terming Nigam’s outburst as a protracted smear campaign she rued  the fact that people these days sell lies and deceits with such strong campaigns. They are deft in the art of playing with the minds of the unsuspecting audience.”

For added effect in repartee, Divya quoted the lines from Sonu Nigam’s song “Acha Sila Diya Tune Mere Pyaar Ka.” She spelt it out that Sonu was indulging in damaging publicity.

In her next post, Divya accused Sonu of doing publicity and used the lines from his song ‘Acha Sila Diya Tune Mere Pyaar Ka’ in the statement. She scripted a strong message in Hindi that sought an explanation for his sudden turnaround in behaviour asking if he had such bitter feelings or anger why did he not voice it earlier. It is clear that you are doing this for publicity. I want to remind you that our company had directed music videos for your father and he was ever grateful to us. Your outburst smacks of thanklessness.”

Sonu, in his extended response is quoted as saying, “Do you remember Marina Kanwar? I don`t know no why they spoke and why they backed out, but the media knows how the mafia functions. I still have that video with me. Now if you mess with me, I will upload that video on my YouTube channel. So, don`t mess with me.”

Meanwhile actress Marina Kanwar reacted without making any direct reference to Sonu’s video, saying, “I am battling deep depression.” She attributed her depression to certain “unwanted incidents” that took place in her life.

Kangana seems to have given voice to many such “strugglers”, who could finally make some mark in films.  Unlike Kangana though, who claims although she was harassed several times by actors on film sets, it could not fall under #MeToo as it wasn’t sexual, the #MeToo movement had clearly made a direct attack on the big sharks of Bollywood.

Actress Koena Mitra, who likes to call herself a “politically incorrect brat”, too has come up strongly against her fraternity and said: “Many individuals have encountered this, he isn’t the first. The film business won’t treat you like family till the time your family doesn’t have a place with the business or in the event that you are not a camp devotee. It’s quite miserable.”

On Social media, users are accusing Bollywood’s “camp” for Sushant’s suicide, and are constantly trolling Karan Johar and Alia Bhatt. Many of their followers are now even unfollowing them on such social media sites. Besides, even a case was filed against Bollywood stars which include Salman Khan, Karan Johar, Sanjay Leela Bhansali, and Ekta Kapoor. Advocate Sudhir Kumar Ojha had filed the case under Section 306, 109, 504 & 506 of IPC in connection with the actor’s death in a Bihar court.

On Wednesday, Actor-filmmaker Shekhar Suman, who like Sushant ,hails from Patna,  made a hashtag #JusticeforSushantforum on twitter to pressurize the CBI to take over the inquiry on Sushant’s demise. A link is also shared on different social media platforms that those who want Justice for Sushant have to sign the petition which includes deep investigation of his case.

Now, the latest in the town is the video of veteran singer Sonu Nigam going viral, where he too has taken up cudgels against nepotism and Bollywood mafia. (See Box). It aptly proves that in Bollywood, all that glitters is not gold.

1 thought on “In Bollywood, all that glitters is not gold”