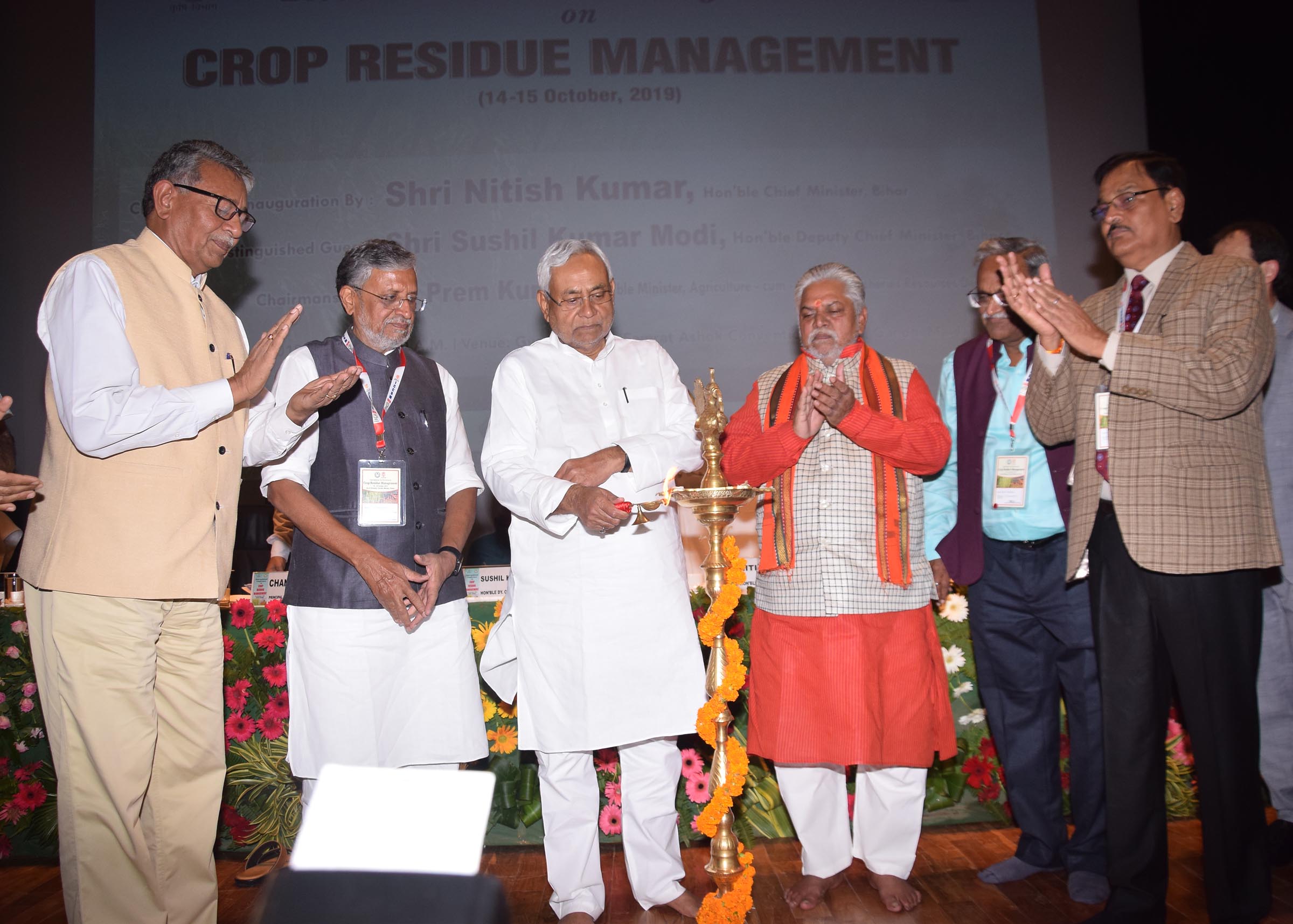 Patna: Bihar chief minister Nitish Kumar today cautioned against the adverse impact of stubble burning on the environment and said farmers found indulging in it would be deprived of the government benefits.

After inaugurating a two-day international conference on stubble management here, Kumar said that farmers would have to be made  aware of the fact that stubble burning would not only make  an adverse impact on the  productivity of land but also on the environment. The conference has been organized by the Department of Agriculture and Bihar Agricultural University.

He said burning of stubble had been reported from some places in Bihar and even he had felt its impact during his air travels. Agriculture department has been advised to launch a campaign against stubble burning, he said but cautioned that the practice could not be stopped in Haryana and Punjab even as campaign against it was launched in both states. Basic reasons behind stubble burning have also to be understood, he added.

Chief Minister said use of combined harvester was also growing in Bihar and it might be possible farmers using the harvester were being given wrong information about stubble burning. Agriculture experts and other representatives associated with agriculture sector should give correct information to farmers about the harms caused by stubble burning, he said adding that farmers should be told that they could augment their income by collecting stubble and making various types of objects, he added.

“We are providing all possible help to farmers but those farmers burning  stubble would be denied government benefits,”the CM said and pointed out that state government was supplying electricity to farmers at 75 paise per unit and was giving subsidy up to Rs 60 per liter of diesel.

While Kumar said burning of stubble in Punjab and Haryana had already shown how badly it impacted the environment of Delhi, deputy chief minister Sushil Modi sought Centre’s support to the state on the pattern of Punjab. He said that the Centre had given assistance of Rs 1152 crore to Punjab, Haryana and Delhi for two years to purchase machines for stubble management and it should extend similar help to Bihar. He said that problem of stubble burning could not be tackled through action against the offenders but farmers should be provided farmers by encouraging use of stubble in power plants, brick kilns, factory boilers and also its use as alternative fuel.

“Like in Punjab, Photographs of stubble burning through remote sensing satellite should be taken and also those informing authorities about it through mobile apps should be encouraged”, he added.

A short film on stubble management was also screened in the conference and Chief Minister said suggestions of agriculture scientists and specialists should be incorporated in the film and it should be screened at villages.

Kumar said government was running special drive among farmers before Rabi and Kharif crops even as agriculture programme was being chalked out by keeping environment in view. Bihar Agriculture University, Sabour, Rajendra Agriculture University, Borlaug Institute of South Asia, Pusa and regional office of Indian Council of Agricultural Research (ICAR) are working  in eight districts of the state.