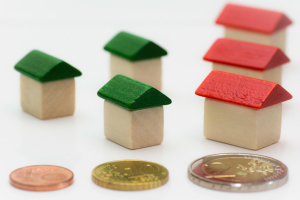 New Delhi: Education and household conditions have improved enormously due to targeted efforts through several social protection schemes, especially in the area of water availability and sanitation that have increased the standard of living, according to the State of Inequality in India Report, released today by Dr Bibek Debroy, Chairman, Economic Advisory Council to the Prime Minister (EAC-PM).

The report emphasises that education and cognitive development from the foundational years is a long-term corrective measure for inequality. By 2019-20, 95% of schools had functional toilet facilities on the school premises (95.9% functional boy’s toilets and 96.9% functional girl’s toilets). 80.16% of schools had functional electricity connections with States and Union Territories like Goa, Tamil Nadu, Chandigarh, Delhi, Dadra and Nagar Haveli and Daman and Diu, Lakshadweep and Puducherry had achieved universal (100%) coverage of functional electricity connections.

The Gross Enrolment Ratio also increased between 2018-19 and 2019-20 at the primary, upper primary, secondary and higher secondary. In terms of improvement in household conditions, emphasis on providing access to sanitation and safe drinking water has meant leading a dignified life for most households. According to NFHS-5 (2019-21), 97% of households have electricity access, 70% have improved access to sanitation, and 96% have access to safe drinking water.

In the area of health infrastructure, there has been a considerable improvement in increasing the infrastructural capacity with a targeted focus on rural areas. From 1,72,608 total health centres in India in 2005, total health centres in 2020 stand at 1,85,505. States and Union Territories like Rajasthan, Gujrat, Maharashtra, Madhya Pradesh, Tamil Nadu and Chandigarh have significantly increased health centres (comprising of Sub-Centres, Primary Health Centres, and Community Health Centres) between 2005 and 2020.

Consisting of two parts – Economic Facets and Socio-Economic Manifestations – the report looks at five key areas that influence the nature and experience of inequality. These are income distribution and labour market dynamics, health, education and household characteristics. Based on the data derived from various rounds of the Periodic Labour Force Survey (PLFS), National Family and Health Survey (NFHS) and UDISE+, each chapter is dedicated to explaining the current state of affairs, areas of concern, successes and failures in terms of infrastructural capacity and finally, the effect on inequality.

Extrapolation of the income data from the PLFS 2019-20 has shown that a monthly salary of Rs 25,000 is already amongst the top 10% of total incomes earned, pointing towards some levels of income disparity. The share of the top 1% accounts for 6-7% of the total incomes earned, while the top 10% accounts for one-third of all incomes earned. In 2019-20, among different employment categories, the highest percentage was of self-employed workers (45.78%), followed by regular salaried workers (33.5%) and casual workers (20.71%). The share of self-employed workers also happens to be the highest in the lowest income categories. The country’s unemployment rate is 4.8% (2019-20), and the worker population ratio is 46.8%.

The report is a stock-taking of both inclusion and exclusion and contributes to the policy debates.

With a first-time focus on income distribution to understand the capital flow, the report emphasises that wealth concentration as a measure of inequality does not reveal the changes in the purchasing capacity of households.