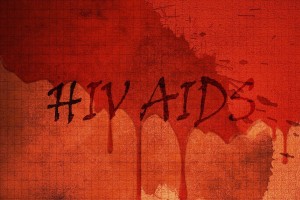 New York/Geneva: Every year, on December 1, World AIDS Day is commemorated in support of people affected by  Human immunodeficiency virus infection (HIV). This is the day also to remember those who lost their lives to Acquired Immune Deficiency Syndrome (AIDS). This year, the theme for the day is  “Global solidarity, shared responsibility”.

At a time when COVID-19 has affected people living with HIV, as it has for many other diseases, the United Nations has called for putting people at the centre and ensure human rights are protected while fighting the colliding pandemics of HIV and COVID-19. In a WHO survey of 127 countries earlier this year, more than a quarter reported partial disruption to antiretroviral treatment for people with HIV. However, with support from WHO and the work of health and community workers, the number of countries reporting disruptions in HIV services has declined by almost 75% since June. As of today only 9 countries are still reporting disruptions and only 12 report a critically low stock of antiretroviral medicines, made possible with some timely measures that include providing longer prescriptions of antiretrovirals for 3 to 6 months, so patients could avoid health facilities.

The WHO however informed that the pace of increase in HIV cases had slowed down and since 2010 resulting in a 23% decline in new HIV cases and  a  39% fall in AIDS-related deaths.

The pandemic has resulted in many new ways of tackling health issues including AIDS. In Africa, many countries have built their testing system for COVID-19 on the existing lab infrastructure for HIV and TB. In Thailand, the government has maintained pre-exposure prophylaxis services and tele-health counselling for men who have sex with men. And many countries have introduced more self-testing for HIV to support self-care and avoid the need for people to visit clinics or hospitals.

WHO is urging countries to maintain these innovations as part of the “new normal”, and to help expand testing and treatment to people who need it.

“For many people, the pandemic is a source of fear – but it can also be a source of hope that we can defeat COVID-19, and we can defeat HIV. There is a lot of hope, especially with the advent of the vaccines that have been announced in the last few weeks,” Dr Ghebreyesus said.