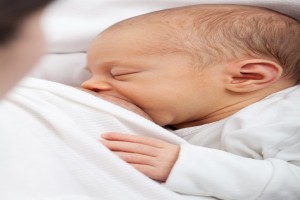 COVID-19: There’s no silver bullet at the moment and there might never be

Geneva: At the time of COVID-19, especially when there is disruption to health services; World Health Organisation has recommended that mothers with suspected or confirmed COVID-19 should be encouraged, the same as all other mothers, to initiate or continue to breastfeed.

Mothers should be counselled that the many, many benefits of breastfeeding for newborn babies and children substantially outweigh the potential risks for COVID-19 infection, the WHO said on Monday. It prescribed that mother and infant should be helped to remain together while rooming-in throughout the day and night and to practise skin-to-skin contact, including kangaroo mothercare, especially immediately after birth and during establishment of breastfeeding, whether they or their infants have suspected or confirmed COVID-19.

“On top of the health impact, we have seen the damage COVID-19 has caused socially, economically and politically,”WHO Director-General Tedros Adhanom Ghebreyesus told a press conference on Monday.

The Committee put forward a number of recommendations for countries to continue to implement to bring the virus under control.  These ranged from sharing best practice, to enhancing political commitment and leadership for national strategies and localised response activities driven by science, data, and experience.

“We know from serology studies that most people remain susceptible to this virus, even in areas that have experienced severe outbreaks,” Dr. Ghebreyesus said and added that over the past week several countries that appeared as though they were past the worst were now contending with fresh spikes in cases. “However, we’ve also seen how some countries, regions or localities that had a high number of cases are now bringing the outbreak under control. It’s not easy, of course. Strict measures may cause their own problems for delivery of essential health services, the economy and societies overall,” he said.

The Committee acknowledged that Member States had tough choices to make to turn the epidemic around. But they were also clear that when leaders step up and work intensely with their populations, this disease can be brought under control.

“We learn every day about this virus and I’m pleased that the world has made progress in identifying treatments that can help people with the most serious forms of COVID-19 recover,” Dr. Ghebreyesus said.

The Committee recommended that countries engaged in the Access to COVID-19 Tools (ACT) Accelerator, participate in relevant clinical trials, and prepare for safe and effective therapeutics and vaccine introduction.

The WHO stated that a number of vaccines are now in phase three clinical trials.

“We all hope to have a number of effective vaccines that can help prevent people from infection,” Dr. Ghebreyesus said. But he also cautioned that “there’s no silver bullet at the moment and there might never be”.  According to him as for now, stopping outbreaks comes down to the basics of public health and disease control. “Testing, isolating and treating patients, and tracing and quarantining their contacts. Do it all. Inform, empower and listen to communities. Do it all. For individuals, it’s about keeping physical distance, wearing a mask, cleaning hands regularly and coughing safely away from others. Do it all. The message to people and governments is clear: do it all. And when it’s under control, keep going!” he said.

He though pointed out that six months ago, on January 30, when the Committee had advised that the outbreak constituted a Public Health Emergency of International Concern, there were fewer than 100 cases and no deaths outside of China.

When the Committee met three months ago, three million cases of COVID-19 had been reported to WHO, and more than 200,000 deaths. Since then, the number of cases increased more than fivefold to 17.5 million, and the number of deaths more than tripled, to 680,000.

In addition to the direct toll COVID-19 is having, the Committee noted the health impact that disrupted services were having on a range of other diseases. “That compounds what we already know about reduced immunisation coverage, cancer screening and care, and mental health services,” Dr. Ghebreyesus said.

Reiterating that one of the areas that WHO had been continuing to study was the origins of the virus that causes COVID-19, he informed that the WHO advance team that travelled to China had now concluded their mission to lay the groundwork for further joint efforts to identify the virus origins.

“As a result of these efforts, WHO and Chinese experts have drafted the Terms of Reference for the studies and programme of work for an international team, led by WHO,” he said and disclosed that an international team comprising of scientists and researchers from China and around the world will begin epidemiological studies in Wuhan to identify the potential source of infection of the early cases. Evidence and hypotheses generated through this work will lay the ground for further, longer-term studies, he said.