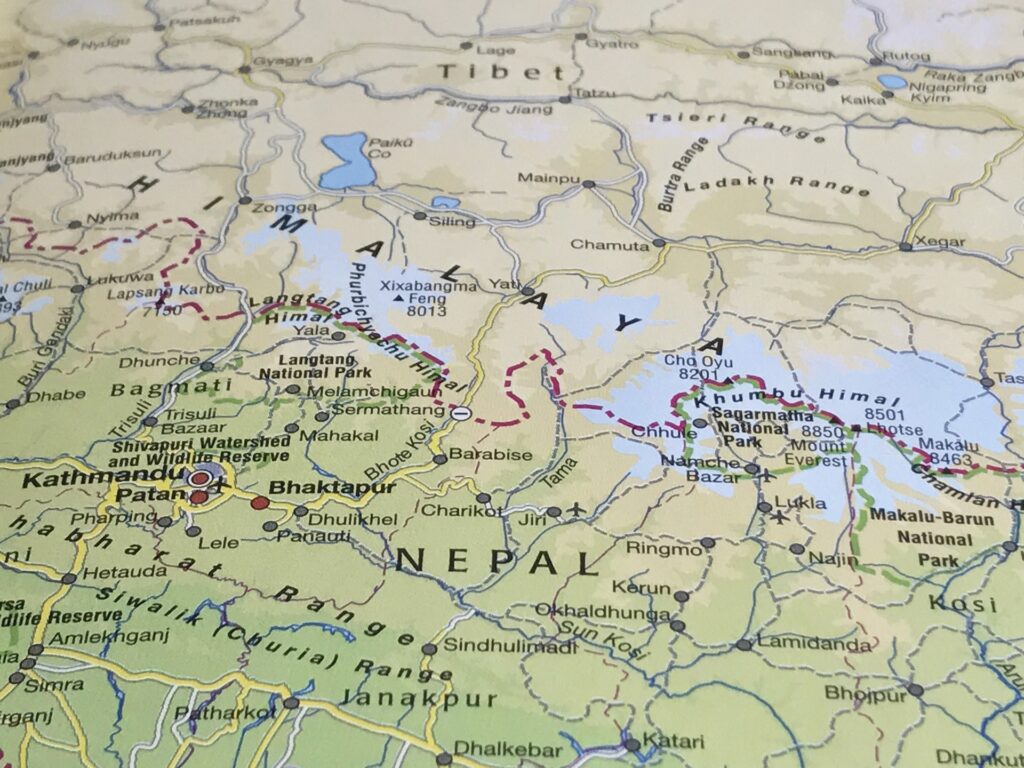 Pushpa Kamal Dahal, popularly known as Prachanda has won his third term as the Prime Minister of Nepal after switching alliances with his former poll partner in the eleventh hour owing to differences centring on power-sharing equations.

The 68-year-old Maoist veteran who emerged from a teaching career before opting for full-fledged politics returned to becoming Prime Minister on Sunday, December 25, 2022, after walking out of former PM Sher Bahadur Deuba’s Nepali Congress. Deuba’s Congress happened to be the single largest Party in the 275-member House of Representatives. The Party, however, was short of a majority to stake its claim for government formation. Prachanda’s loyalties switched to the Khadga Prasad Sharma Oli-led bloc. The switch resulted in a conglomerate of left-leaning political parties that might provoke a pro-China stance in Nepal politics and prove to be worrisome to India’s regional geopolitical interests.

Prachanda’s move to shift allegiance came to be in the early hours of December 25, 2022, before Nepalese President Bidya Devi Bhandari announced the former’s premiership based on the show of strength in the numbers game.

Tracing the saga historically, Prachanda immediately after being elected PM for the first term with adequate support from New Delhi, prioritized engaging in a foreign visit to China. New Delhi saw it as a departure from the regular norms albeit extending an olive branch to Nepal. Subsequently, Prachanda had gone out of the way to antagonize the chieftains in New Delhi by choosing to replace Indian priests at the Pashupati Nath temple with Nepali priests.

What followed in his second term commencing in 2016 felt somewhat like a Tom and Jerry cartoon show in which Prachanda forged a friendship that followed deep discord and collaboration that followed an air of suspicion. The main cause of the strife was the amendment of the Nepali constitution that could be inclusive and acceptable to all constituents of its electorate. Prachanda felt that if it was allowed to pass, it might result in the Maoist movement getting criminalized.

He turned against Delhi owing to this apprehension. Prachanda felt that the Maoists should have a fair say in realizing the draft of the Nepali constitution. As he was still locked in a loosely knit coalition, the only purpose of his being on good terms with New Delhi seemed to be in the interest of retaining power and survival by clinging to the hot seat.

So far, Delhi’s reading of the situation is that Prachanda is keen on permitting his ethnic and caste identity in order to retain electoral success. This was seen by many as being opposed to his ideological commitment which might have become a bit of baggage. As of today, Prachanda’s immediate focus will be on building an internationally acceptable image and also playing to the gallery of Nepali citizens harbouring anti-India sentiments.

Prachanda’s has turned out to be a story of ironies as in the early years of his political struggle he had sought both shelter and support from Indian authorities, his underground stint lasting for nearly a decade. Another interesting drift is that Prachanda and Oli had fallen out with each other in the previous year from a unified CPM only to come together again in favour of another power-sharing equation.

Dahal, who was given the title of Prachanda meaning fierce, began his long political career as the leader of Maoist rebels in Nepal who sought to put an end to the country’s monarchy. His earlier terms as Nepali Prime Minister were during 2008-09 and 2016-17. Prachanda broke up with Dehuba after the latter refused to honour his power-sharing agreement on rotating the prime ministerial chair of Nepal.

Though under the current alliance, Prachanda is expected to tilt towards neighbouring Communist China, Indian Prime Minister Narendra Modi was early to tweet his congratulatory message. The tweet read: “Warmest congratulations, Pushpa Kamal Dahal, “Prachanda”, on being elected as the Prime Minister of Nepal. The unique relationship between India and Nepal is based on deep cultural connections and warm people-to-people ties. I look forward to working together with you to further strengthen this friendship.”

Significantly, in an interview with a private Indian news channel after assuming the PM’s office for the third time, Prachanda said he would work to strengthen Nepal’s relations with India  -“We want good relations with India,” he told ABP news. “I am not against India, will forget the old disputes and move forward,” he asserted.

India’s post-independence ties with Nepal date back to a treaty that was signed in 1950. Hailed as the India-Nepal treaty of peace and friendship, it served to be the hallmark of a special relationship between the two countries. Prachanda’s likely tilt towards China might be aimed at an attempt on effectuating a geopolitical twist for the resolution of disputes pertaining to border territories between India and Nepal.  The territories include Lipulekh, Kalapani and Limpiyadhura; which the Indian side maintains as their integral part. Nepal made a cosmetic move towards breaching the Indian claim by including these territories on their national map.

The Indo-Nepal border runs into an 1850 km stretch across five states, namely Sikkim, West Bengal, Bihar, Uttar Pradesh and Uttarakhand. The Indian parliament way back in 2020 dubbed this cosmetic effort by Nepal as “artificial enlargement” and unacceptable in practice. Weighing in India’s favour, however, is Nepal’s heavy dependence on India for the transportation of all goods and services. Being a landlocked country, Prachanda will have his hands full in balancing the tight-rope walk between hostile neighbours India and China.