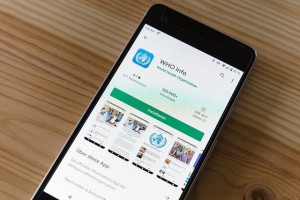 Geneva:  The World Health Organisation (WHO) has laid emphasis on contact tracing to check the spread of COVID-19 pandemic. “Contact tracing is essential for finding and isolating cases and identifying and quarantining their contacts,” WHO Director-General Dr Tedros Adhanom Ghebreyesus told mediapersons here on Monday. According to him “so-called” lockdown measures could help to reduce transmission, “but they cannot completely stop it”.

“We do not have to wait for a vaccine. We have to save lives now. Make no mistake, we must continue to accelerate vaccine research, while doing more with the tools we have at hand,” he said and asserted that contact tracing was essential for every country, in every situation, as it could prevent individual cases from becoming clusters, and clusters turning into community transmission.

“No country can get control of its epidemic if it doesn’t know where the virus is,” he said and clarified that mobile applications were not enough for contact tracing – “Mobile applications can support contact tracing, but nothing replaces boots on the ground – trained workers going door-to-door to find cases and contacts, and break the chains of transmission.”

He said that contact tracing, of course, was not the only tool but it “must be part of a comprehensive package”.  It was  one of the most important tools, he said and pointed out how contact tracing had long been the bedrock of outbreak response, from smallpox to polio, to Ebola and COVID-19.

One of the lessons from the recent Ebola outbreak in the eastern Democratic Republic of the Congo, which was declared over last month, was that contact tracing could be done even in the most difficult circumstances, with security problems.

When Ebola was discovered in the city of Butembo last year, experts wondered whether it would be possible to bring the outbreak under control. But against all odds, the outbreak was stopped in large part because the government, WHO and partners invested heavily in contact tracing, isolating suspected cases and treating those that became sick. Over and over again, trained contact tracers working closely with local leaders and communities tracked the virus, sometimes over hundreds of miles in very difficult terrain.

“Ebola and COVID-19 are different viruses but the principle is the same: No matter how bad the situation, there is always hope,” the WHO Director-General said. He added that even countries with community transmission could make progress by breaking down their epidemics into manageable parts. “This is all the more critical as countries are opening up,” he cautioned. He reasoned that reacting rapidly to new cases and clusters will allow countries to continue on the road to economic recovery, while keeping the virus at bay.

Dr. Ghebreyesus said although people of all walks of life were affected by COVID-19, the world’s poorest and most vulnerable people were especially at risk. “That is true of indigenous peoples all over the world, in urban or remote areas. There are up to 500 million indigenous peoples worldwide, in over 90 countries,” he pointed out.

“One of the key tools for suppressing transmission in indigenous communities – and all communities – is contact tracing,” Dr. Ghebreyesus reiterated.