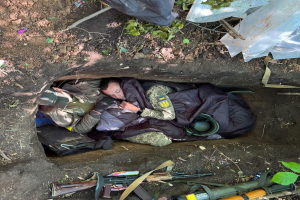 A prolonged Russian artillery strike has been targeting Ukraine’s Donbass city which also happens to be its industrial hub. Over the days the strikes have intensified and further frequent air raids are contributing to a war of attrition on the Ukrainian side. The reports specified that the Russian military was inching towards gaining more territory in the industrial city. What follows in the days to come can well transform the war between the two neighbours in favour of the country that gets to control Donbas.  With both countries grappling for control of this industrial hub, severe intensification is likely from the Russian side in the coming weeks.

Another of Ukraine’s industrial belts, namely Sievierodonetsk too is under heavy artillery fire from the Russian troops. Earlier, parts of it were used by civilians in Ukraine as a spot of shelter. The civilians numbering more than 500 have their faces to the wall, with more than 70% of the hub’s territory falling to the invading Russian troops. Currently, fierce fighting is being reported in the vicinity. The retreating Ukrainian military in the city is holding on desperately to retain its control over the Azot Chemical plant that is acting as a shelter to the vestige of the remaining civilians.

Arms supplies from the United States and Europe’s NATO countries too were under severe attack from the Russian forces. According to a Russian foreign ministry spokesperson, their forces attacked a huge arms storage dump in the Western region of Ukraine and destroyed most of it. Meanwhile, the battle for gaining control of Severodonetsk is rapidly intensifying. Another of Ukraine’s western cities, Chortkiv faced partial destruction of its military facilities after the Russians mounted an intense rocket attack on the territory. The attack also incurred civilian injuries upward of 20.

Even as the Russia-Ukraine conflict runs into the 110th day, the stakes have turned high for both the warring neighbours and the outcome of the battle over control of Donbass city is likely to give a pronounced advantage to the country that manages to gain the territory. A Russian victory in the battle for Donbass will spell doom for Ukraine as the country will stand to lose both territorially as well as its military capabilities.

Reports suggest that Ukraine is losing at least 100 soldiers each day, and the casualties are particularly higher in the east.