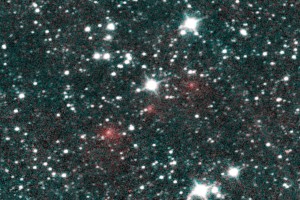 Florida: The icy comet visiting from the most distant parts of our solar system is visible with the naked-eye in the early morning sky and starting this week, after sunset in the United States. In India, it is visible with the naked-eye in the northwest sky just before dawn and soon after dusk from July 14 and will be visible after sunset for around 20 minutes for the next 20 days. It is putting on a spectacular display.

NASA experts will discuss and answer public questions about Comet C/2020 F3 NEOWISE during a broadcast of NASA Science Live and follow up media teleconference on Wednesday, July 15. The NASA Science Live episode will air live at 3 p.m. EDT Wednesday (12:30 am Thursday, Indian Standard Time) on NASA Television and the agency’s website, along with Facebook Live, YouTube, Periscope, LinkedIn, Twitch, and USTREAM.

The comet was discovered by NASA’s Near-Earth Object Wide-field Infrared Survey Explorer, or NEOWISE, on March 27. Since then, the comet — called comet C/2020 F3 NEOWISE and nicknamed comet NEOWISE — was spotted by several NASA spacecraft, including Parker Solar Probe, NASA’s Solar and Terrestrial Relations Observatory, the ESA/NASA Solar and Heliospheric Observatory, and astronauts aboard the International Space Station.

The comet made its once-in-our-lifetimes close approach to the Sun on July 3, 2020, and will cross outside Earth’s orbit on its way back to the outer parts of the solar system by mid-August.

The comet cruised just inside Mercury’s orbit on July 3. This very close passage by the Sun was cooking the comet’s outermost layers, causing gas and dust to erupt off the icy surface and creating a large tail of debris. And yet the comet managed to survive this intense roasting.

NASA’s Parker Solar Probe captured a unique view of comet NEOWISE on July 5, 2020. Parker Solar Probe’s position in space gave the spacecraft an unmatched view of the comet’s twin tails when it was particularly active just after its closest approach to the Sun, called perihelion.

The image above is unprocessed data from Parker Solar Probe’s WISPR instrument, which takes images of the Sun’s outer atmosphere and solar wind in visible light. WISPR’s sensitivity also makes it well-suited to see fine detail in structures like comet tails. Parker Solar Probe collected science data through June 28 for its fifth solar flyby, but the availability of additional downlink time allowed the team to take extra images, including this image of comet NEOWISE.

The twin tails of comet NEOWISE are seen more clearly in this image from the WISPR instrument, which has been processed to increase contrast and remove excess brightness from scattered sunlight, revealing more detail in the comet tails.

The lower tail, which appears broad and fuzzy, is the dust tail of comet NEOWISE — created when dust lifts off the surface of the comet’s nucleus and trails behind the comet in its orbit. Scientists hope to use WISPR’s images to study the size of dust grains within the dust tail, as well as the rate at which the comet sheds dust.

The upper tail is the ion tail, which is made up of gases that have been ionized by losing electrons in the Sun’s intense light. These ionized gases are buffeted by the solar wind — the Sun’s constant outflow of magnetized material — creating the ion tail that extends directly away from the Sun. Parker Solar Probe’s images appear to show a divide in the ion tail. This could mean that comet NEOWISE has two ion tails, in addition to its dust tail, though scientists would need more data and analysis to confirm this possibility.

“In its discovery images, Comet NEOWISE appeared as a glowing, fuzzy dot moving across the sky even when it was still pretty far away,” said Amy Mainzer, NEOWISE principal investigator at the University of Arizona. “As soon as we saw how close it would come to the Sun, we had hopes that it would put on a good show,” he added.

The search for asteroids or comets that could potentially impact Earth also expands the science of these primitive solar system bodies. In this case, Comet NEOWISE will pass by Earth at a harmless distance of 64 million miles (103 million kilometers) while giving astronomers the opportunity to learn more about its composition and structure.