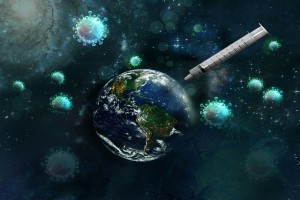 New Delhi: The world’s largest vaccine producer, the Pune-based Serum Institute Private Limited, has announced a plan to make hundreds of millions of doses of an unproven inoculation. According to a New York Times report published on Monday under the heading “Indian Billionaires Bet Big on Head Start in Coronavirus Vaccine Race”, the company, “which is exclusively controlled by a small and fabulously rich Indian family and started out years ago as a horse farm”, is mass-producing hundreds of millions of doses of a vaccine candidate that is still in trials. It they work, the newspaper writes,  Adar Poonawalla, Serum’s chief executive and the only child of the company’s founder, will become one of the most tugged-at men in the world. “He will have on hand what everyone wants, possibly in greater quantities before anyone else,” it writes.

Serum has teamed up with the Oxford scientists developing the vaccine had announced in April, that it was going to mass-produce a vaccine before clinical trials even ended. The report mentions that it was in early May, when an extremely well-sealed steel box arrived at the cold room of the Serum Institute.  Inside this box sat a tiny 1-milliliter vial, from Oxford, England, containing the cellular material packed in dry ice, for “one of the world’s most promising coronavirus vaccines”.

“Scientists brought the vial to Building 14, carefully poured the contents into a flask, added a medium of vitamins and sugar and began growing billions of cells. Thus began one of the biggest gambles yet in the quest to find the vaccine that will bring the world’s Covid-19 nightmare to an end,” the report said.

NYT  report quotes vaccine developers saying that to get the vaccine out as soon as possible, they need Serum’s mammoth assembly lines — each year, it churns out 1.5 billion doses of other vaccines, mostly for poor countries, more than any other company. It points out that half of the world’s children have been vaccinated with Serum’s products. “Scale is its specialty,” it says.

Earlier in July, the Indian Ministry of Health and Family Welfare had informed that the Drug Controller General of India (DCGI) had given approval to the first fully indigenously developed Pneumococcal Polysaccharide Conjugate Vaccine developed by the Serum Institute.

Serum Institute had first obtained the approval of DCGI to conduct Phase I, Phase II and Phase III clinical trials of Pneumococcal Polysaccharide Conjugate Vaccine in India. These trials had since been concluded within the country. The Company had also conducted these clinical trials in another country i.e. Gambia.

Thereafter,  it applied for approval and permission to manufacture this vaccine. The application along with the clinical trial data was reviewed by the Office of Drug Controller General of India with the help of Special Expert Committee (SEC) for vaccines.  The Committee recommended for grant of permission of market authorization to the said vaccine.

On July 14 it was granted permission to manufacture domestically developed first Pneumococcal Polysaccharide Conjugate Vaccine. This was the first indigenously developed vaccine in the field of pneumonia. Earlier the demand of such vaccine was substantially met by licensed importers in the country since the manufacturers were all vaccine companies based outside India.

This vaccine is used for active immunization against invasive disease and pneumonia caused by “Streptococcus pneumonia” in infants.  The vaccine is administered in a intramuscular manner.

Vaccines take time not just to perfect but to manufacture.