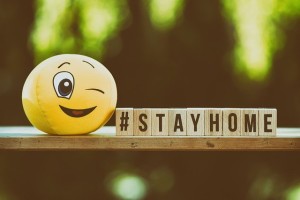 The number of Covid-19 cases has already crossed 25,000-mark, as the state government imposed lockdown in entire Bihar on July 16. Bihar reported 739 Covid-19 cases on Saturday taking the total number of cases in the state to 24,967.

The state Health Department said in a bulletin that there were 9,018 active cases in the state, 15,771 patients had recovered and 177 persons had died due to the virus.

The recovery rate in the state stands at 63.17 per cent, according to the bulletin.

Opposition has stepped up its attack on Nitish government after alleged mismanagement at state-run hospitals was exposed in videos. Now, one could watch people complaining about lack of facilities at these hospitals in the videos.

A patient reportedly had died at a hospital after the hospital staff failed to provide him oxygen cylinder in Katihar.

Leader of Opposition in Bihar Assembly and RJD leader Tejashwi Yadav had shared a video of people complaining about the lack of doctors and nurses at a hospital in Siwan. A woman was seen lying unattended at a hospital bed as her attendants called for help.

“There is no doctor to attend to us. They just came, gave injection and left,” a voice in the background is heard saying in the video. Almost all the beds in the ward were empty.   Siwan is the hometown of state Health Minister Mangal Pandey. Yadav had claimed that state required to conduct 30,000-35,000 tests a day given the size and population of Bihar.

“If the required number of tests are conducted, 4,000- 5,000 cases would be detected every day, thus putting the state at the top in the country in terms of the spread of coronavirus,” he claimed.

The Bihar government however refuted the allegations of levelled by Tejashwi Yadav.

“Corona is a pandemic and people of Bihar know that it is a difficult situation. The state government is sensitive to the issue (COVID-19) and is taking all measures to check the spread of infection. Doctors and health workers are putting their lives at risk to save people. But you (Tejashwi) can’t see it,” Bihar Minister and JDU leader Neeraj Kumar was quoted as saying in media.

Several districts of Bihar had started rapid antigen test for increasing the number of Covid-19 tests. Chief Minister Nitish Kumar had asked officials concerned to increase the testing capacity to 20,000 per day.  It was strictly for symptomatic people as rapid antigen test gives immediate results and the required treatment could be started if someone was found infected with the virus. No one with symptoms needs to come with any prescription. Doctors and health workers have been deployed at all the centres for screening and testing purpose. Patna district magistrate Kumar Ravi said asymptomatic people can go for RT-PCR test.